This popular prayer for peace can transform a person’s heart 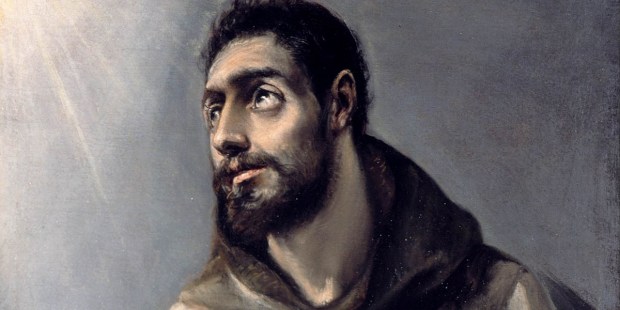 Frequently attributed to St. Francis, the prayer contains a powerful message for us all.

Throughout the centuries, St. Francis of Assisi has remained a powerful symbol of peace, both in the spiritual realm and the world at large. He was a zealous knight who put down sword in favor of a life dedicated to God and the poorest of society.

He fully embodied a peaceful heart and greatly desired an end to all strife between warring nations. One of the most famous episodes in his life was his effort to negotiate a brief respite of peace between Christian armies and Muslim forces in the Holy Land.

This example of peace inspired an anonymous writer at the beginning of the 20th century to write a prayer that has since been attributed to St. Francis. It is now called the “Peace Prayer of St. Francis,” while originally it was called “A Beautiful Prayer to Say During the Mass” in a French magazine in the early 1900s. The prayer gained popularity during the Second World War and was distributed in English as being the “Peace Prayer of St. Francis.”

While it wasn’t written by the hand of St. Francis, the prayer summarizes his spirituality and contains a powerful message. It challenges us to be an “instrument of peace” in the world and the frequent recitation of this prayer can transform our hearts, softening any hatred within us, making within us a “channel” for the grace of God to flow.

Here is the prayer, which continues to inspire people of different faiths around the world.

O divine Master, grant that I may not so much seek
to be consoled as to console,
to be understood as to understand,
to be loved as to love.
For it is in giving that we receive,
it is in pardoning that we are pardoned,
and it is in dying that we are born to eternal life.
Amen

Looking for more prayers? Check out our page of “Prayers for a Particular Need.”

Read more:
Struggling with an addiction? Pray this prayer to St. Jude