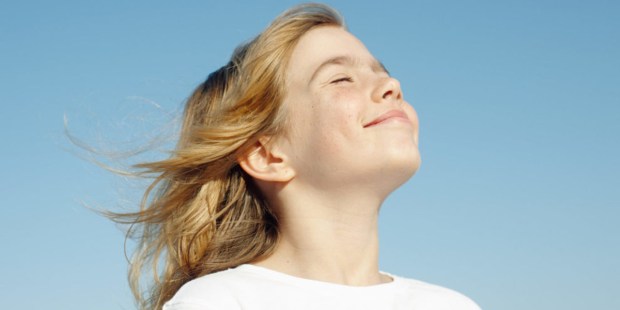 These little gratitude lessons can change your family forever.

How familiar is this standard parental grumble?: “My kids just don’t appreciate anything.”

I’ll admit, I’ve said it before. And I bet you have, too. Because we’re all tempted to claim our kids aren’t as thankful as we were at that age. As parents who give and give and give, it’s easy to think kids just don’t appreciate how hard adults work to provide for them. But the truth is: failure to appreciate is a problem as old as parenting itself — chances are that your parents felt the same way about you — and it’s a problematic habit that most people have trouble growing out of as we get older.

(Doubt me? Check out what the Bible has to say about appreciation. The Scriptures are filled with lessons on how to show gratitude for God’s grown-up children.)

But, of course, it’s still worth teaching your kids to be more gracious and grateful. Because if they do learn the art of gratitude early on, the benefits can be great: it staves off bitterness and resentment, breeds joy and optimism, and helps a person to be kind and generous. All of those elements add up to create inner peace. What better gift could you give your child than that?

Eager to instill these values in my own children, I spoke with other everyday moms, who have all worked hard to implement a sense of appreciation in their households, and I mined them for their best gratitude techniques. Here’s what I learned:

Our kids spend so much time looking toward where the grass is greener — noticing the bigger houses, the better toys, the fancier vacation. Talking through photos of children from around the world encourages your children to look around instead of up. It helps them see how rich their own family is, globally, emotionally, and historically.

Simply acknowledging disparity when you see it in every day life can help, too. Marlena Graves of Michigan told me that she makes a point to remind her kids of people less fortunate as they go about their days. If her kids leave the tap running, for instance, she’ll talk to her children about how other people in the world don’t have basic necessities like water that they are fortunate enough to have.

Another mother I spoke to, Sheli Massie, even took her kids on a trip to Africa to help them have a more global perspective. In addition to being a great family vacation, their journey was intended to help her kids grasp the privilege of their suburban Chicago life. It changed them, she says, “forever.”

Of course, you don’t have to travel across the globe to find families in need. Jamie Janosz, of Florida made her daughter’s 10th birthday party extra special by also sponsoring another less fortunate little girl’s birthday party. “I realized how lucky we were to be figuring out and planning a special event for my daughter’s party,” says Janosz, who explains bowling alleys and fun centers are the usual party go-to for locals. But they wanted their daughter to understand this was not the norm. “So we sponsored a little girl through Compassion International — who was born on my daughter’s same exact birthday! When we received letters from Noellia in the Dominican Republic, it was such a stark contrast to my daughter’s life. It really put things in perspective, both for her and for us as parents.”

And another mother, Nadia Swearingen-Friesen, says her family decided to help a local mother who lost custody of her child after being unable to provide for him. “We had all of the things she needed, not being used. We packed up so much stuff —gobs — and delivered it to her as a family. Her baby was back with her two days later. It was powerful for our kids to see that, even though we live on a very tight budget, we could help in big ways. Money is often tight but there are many ways to be rich.”

Other moms make a point of stopping to notice blessings and to give thanks.

Tish Warren, of Texas, leads her family in a modified Examen practice. At dinner each day, they each share a “high” and “low” about the day. “But,” Warren says, “if you can’t think of a high (because of a bad day), you have to say a gratitude instead. It’s even good for us grown ups to realize how much we have to be thankful for even on the worst of days.”

Judy Douglass, of Florida practiced a similar ritual with her kids when they were young. She says, ‘I’d practice with myself and with them, saying Thank You, Lord, in big and little hard situations.” Years later, when her son was a grown man, he says that lesson came back even at the darkest of times, during a traumatic head injury. “First he called 911,” Douglass says, “but then he said, thank you, Lord,” for the fact that he was still alive.

While all parents want to avoid making kids worry about money, letting them know a family budget exists is key to maintaining a realistic and grateful attitude. When kids understand that the sky is not the limit, it can help them curb their whining and appreciate the things they do receive.

Annette LaPlaca, of West Chicago, says, “We endured years of underemployment and severe financial duress. Now my kids seem so thankful for the things they’re given!”

Even when they experienced hard times, LaPlaca’s family make it a habit to pray using “words of thankfulness all the time,” she says. “And we share everything we have, as much as we possibly can. I wanted my kids to be aware that even if we didn’t have a lot, we might have more than some others.”

Martie Sharp Bradley, of Michigan, says keying her kids in on budgets has also helped them realize the virtue of patience and smart shopping. Just because the kids don’t get something now doesn’t mean they never will. “After a decade on a tight budget,” she says, “my kids know that our grocery shopping revolves around sales and coupons.” So, it’s not uncommon for her to hear, “Mom, can I get yogurts for my lunches? Oh, never mind, they’re not on sale. Maybe next week.”

Make them work for it

While researching a book on Amish money principles, Lorilee Craker says the Amish helped her appreciate the value of allowing “my children the satisfaction of earning something themselves.” So when her son wanted his first guitar, she encouraged him to work odd jobs, and to save his birthday and Christmas money for it. Almost a year later, he had it in hand, “and he was grateful!” Cramer says.

But working for it doesn’t need to be monetary, Deanna McMillen, a mother in Wheaton, Illinois, says. When her daughter struggled with gratitude, she asked her daughter to play “mom for a day.” assigning her the tasks McMillen would normally do in a day. After just a little while, her daughter said, being a mom was “too much work,” and began to realize just how much her parents did for her on a daily basis.

Don’t forget about thank you notes

Gratitude isn’t just about being grateful for things and trips, though, it’s also about appreciating people. Mom Stacy Bender wants her kids to appreciate the power of saying thank you to the generous people in their lives. On holidays and birthdays, it’s not about the gift, but the people behind the gift. So she insists that “every gift — regardless how small — requires acknowledgement of some kind: text, phone call, or a written thank you note.” But, she adds, the “notes” need to be generationally appropriate. “A 90-year-old grandmother gets a handwritten note or phone call, or both,” Bender says. “But a friend can have a thank you text.”

Read more:
How to show gratitude for your lifelong allies