Warming of relations between Rome and Beijing visible in Chinese media 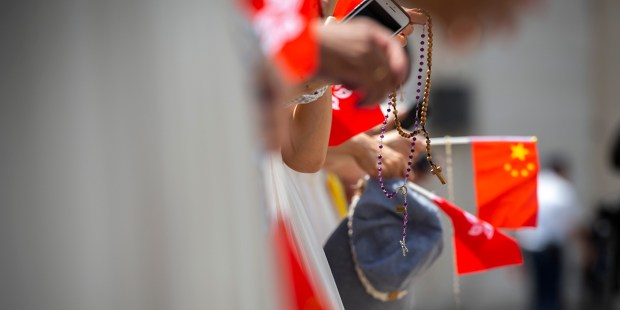 Films showing the Church and priests suddenly being permitted

In the context of a growing rapprochement between the Vatican and China, several films related to the Catholic Church have recently been broadcast by Chinese media, reported the Catholic news agency ICN.

On July 21, the Phoenix Satellite TV channel, based in Hong Kong but with most of its audience in mainland China, broadcast a documentary titled “Beyond the East and West: When China meets the Vatican.” Similarly, Win Wenders’ film “Pope Francis: A Man of His Word” is now available on the iQiyi streaming video site, and has been viewed nearly 120,000 times. In addition, a Catholic priest was one of the main characters in a blockbuster film recently screened in Chinese cinemas, “Dying to Survive.”

The dissemination of information about Catholicism is normally very limited in China. This is the case especially because the Vatican and mainland China do not maintain bilateral relations. The Church is divided there, between the faithful who have joined the Chinese Patriotic Catholic Association, under the control of the government, and those refusing this authority not recognized by Rome.

According to an Italian expert interviewed by ICN, the broadcasting of these films is a “very important sign that China is paying great attention to religion and to the Holy See.”

Since at least February 2017, rumors have been proclaiming an upcoming agreement on the issue of the appointment of bishops. For Rome, the approval of bishops is a prerogative of the Successor of Peter, while Beijing maintains that if Rome approves Church leaders, then Catholics would be “dependent on a foreign authority.”

Read more:
Pope prays for Chinese Catholics to be enabled to live in full communion with Rome