Here’s what happened when St. Joseph of Cupertino found sheep without a shepherd 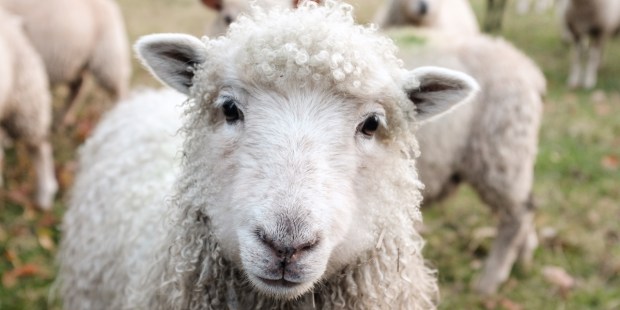 No one showed up to catechism class, so the holy saint turned to a congregation who would listen.

St. Joseph of Cupertino was a holy Franciscan priest, an open vessel whom God would often use to work miracles. He became well-known for his ability to levitate during prayer, but there were also many other miraculous events that occurred during his life.

Read more:
6 Saints who could fly

One of them involved a humorous encounter with sheep without a shepherd.

St. Joseph preferred spending time with the poor and lowly shepherds of the area and frequently held catechism classes for them in a small chapel. His weekly meetings attracted a large congregation every Saturday and they would recite together a Litany to Our Lady as well as other prayers.

One Saturday St. Joseph arrived at the chapel at the usual time, but no one was there. It was a busy harvest time for the villagers and farmers in the area and they forgot to tell St. Joseph that they wouldn’t be able to make it.

This is what happened next, according to a biography of the saint.

Joseph, knowing nothing of the reason, talked to himself about the fickleness of men in the service of God. As he spoke he looked down the valley in the distance. The sheep were in the fields, but there were no shepherds; only a few children to tend them. Joseph raised his voice.

“Sheep of God,” he cried, “come to me. Come and honor the Mother of God, who is also your Mother.”

Immediately the sheep all around looked up. They left their pasture, leaped over hedges and ditches, formed themselves into orderly companies, and gathered round Joseph at the chapel door. When all were assembled, Joseph knelt down and began:

And so it went on till the litany was finished. Then Joseph stood and blessed his congregation; and the sheep went back to their pastures as if nothing unusual had happened.

The episode is similar to that of St. Francis preaching to the birds and is a reminder that all of creation exists to praise God. We may not always remember that reality, but the saints did, and humorous stories like this can teach us an important lesson about seeing God’s beauty reflected in all created things.

Read more:
Prayer for final exams (for the stressed and the prepared, call on Joseph of Cupertino)