The “relics” of Saint Michael the Archangel

Tiny stones from a grotto, known as "St. Michael Relic Stones," have been distributed around the world. They are frequently used during exorcisms.

In the Catholic Church, there is an ancient tradition of veneration by the faithful of objects associated with a particular saint. These objects are called “relics,” and fall into three primary categories:

Typically, these relics are connected to a human saint, but in at least one instance, there is associated with a celestial being.

Read more:
Why are saints’ relics placed inside altars?

According to tradition, St. Michael the Archangel appeared to an Italian bishop in 493 and consecrated a nearby cave. This became known as the Sanctuary of Monte Sant’Angelo sul Gargano, more commonly referred to as Monte Gargano. It is one of the oldest shrines dedicated to St. Michael and was the center of Christian pilgrimages.

St. Michael said to the bishop, “I am the archangel Michael, and I have chosen to dwell in that place on earth and to keep it safe.” When they arrived to consecrate the cave, St. Michael said, “It is not necessary that you dedicate this church that I myself have consecrated with my presence.”

A legend says that one of the stones contains St. Michael’s footprint.

Read more:
This church is said to be consecrated by St. Michael the Archangel

Over a thousand years later, tradition claims St. Michael appeared again at the shrine, where he told the bishop, “I am the Archangel St. Michael. Anyone who uses the stones of this grotto will be liberated.” Since then tiny stones from this grotto have been distributed around the world and are known as “St. Michael Relic Stones.” According to exorcist Fr. Chad Ripperger, these stones have been used in exorcisms and are known to be effective at expelling the presence of the devil. This is in accord with the traditional practice of exorcists using relics during exorcisms, invoking the intercession of holy saints and angels against the actions of Satan.

These relics still exist today at the Shrine of Monte Gargano and are frequently used by priests and laity as a sacramental that helps deepen a person’s love to God through the intercession of St. Michael the Archangel. A certificate of authenticity accompanies these stones to verify that they were taken from the cave that St. Michael consecrated with his presence.

Make sure to visit the slideshow below to discover seven sanctuaries united by an imaginary straight line, from England to the Holy Land, known as the Sword of Saint Michael. 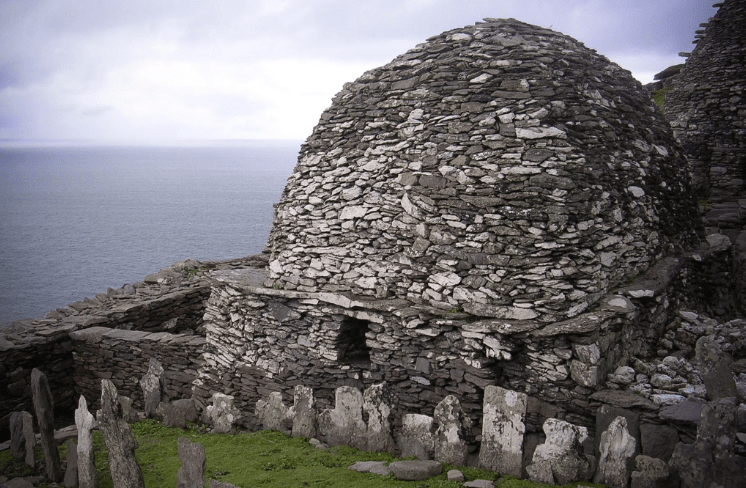