A journey on St. Magnus Way recalls the life and death of a Viking convert to Christianity.

Take a pilgrimage along St. Magnus Way, amidst the dramatic beauty of northern Scotland’s heather-edged coastline. The 55-mile route crosses the largest of the Scotland’s Orkney islands, Mainland, following the path of the martyred St. Magnus, the Earl of Orkney, and a Viking who died for his Christian faith. 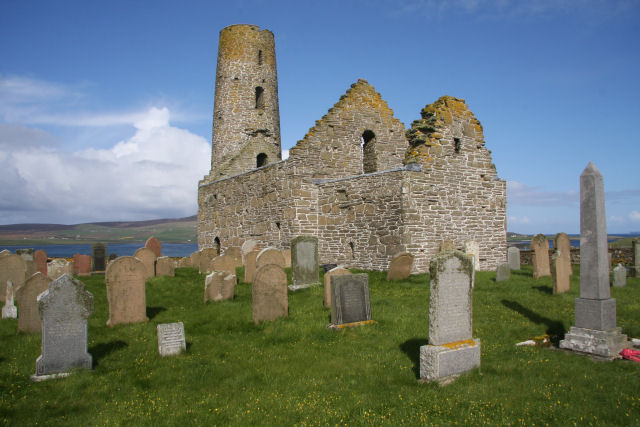 St. Magnus was born Magnus Erlendsson in 1080 to a Viking family, and later converted to Christianity. According to the Orkneyinga Saga, a medieval history of Orkney and Shetland Islands, Magnus had a reputation for piety and gentleness, and is said to have refused to engage in a Viking raid of Wales with his Norwegian companions because of his Christian convictions.

“I have no quarrel with any man here,” he said, while remaining on deck praying the Psalms aloud.

After spending some time in hiding in Scotland following this incident, Magnus eventually returned to Orkney where, with the help of the King of Norway, he was able to work out an arrangement to rule Orkney with his cousin Haakon. The two later fell out, and in 1117, an assembly of local chieftains, siding with Haakon, had Magnus executed. Before he was killed by an axe to the head, he is said to have said a prayer for his executioners.

After his death, his mother, who wanted him to be buried in a church, set out to collect his body from the island of Egilsay, where he had died. She then brought him back to the mainland to be buried in Birsay.

Soon after, miracles and healings were attributed to Magnus, prompting the Bishop of Orkney to warn that belief in such things would be heresy. The bishop was suddenly struck blind, but was said to have regained his sight after praying at Magnus’ grave. In 1136, Magnus was canonized, and construction of a cathedral in his honor began.

The route, which can be walked in 3-5 days, begins in Egilsay, the site of Magnus’ martyrdom, stops in Birsay where he was first buried, and ends at St. Magnus Cathedral in Kirkwall, the final resting place for the relics of St. Magnus.

Dr Richard Frazer, Convener of the Protestant Kirk’s Church and Society Council, told The Scotsman that the practice of going on pilgrimages died with the Reformation because pilgrimages to see the relics of saints or visit miraculous wells were seen as superstitious.

“It’s unfortunate that in reforming some wrongful practices, we may have neglected a way to worship that is meaningful to so many,” he said.“

“People who walk the Camino may not be conventionally religious, but very few who reach Santiago de Compostella would deny the journey there was a spiritual experience,” he added.

To help attract some of the 250,000 people who travel to Spain on pilgrimage every year, the Orkney Pilgrimage foundation has developed a smartphone app that includes historical information about Orkney and suggestions for reflection for pilgrims to use along the way.

For more information, including a map of the pilgrimage and information about accommodations can be found here.