A foolproof way to build up your will power 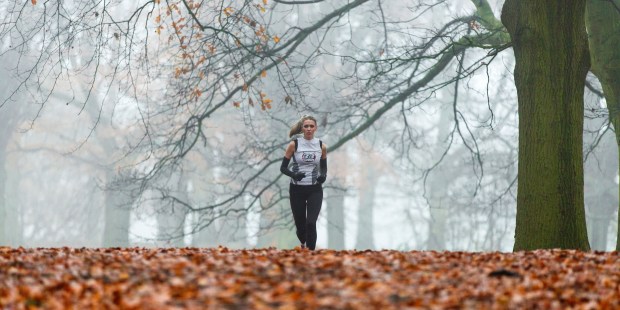 This little secret will make it far easier to follow through on the important commitments you make.

Imagine a person your age. She’s healthy and active, even though she doesn’t participate regularly in any sport. One day, she decides to run a marathon the following weekend. Would you be willing to bet that she’d be successful?

I wouldn’t. Running a marathon requires better than average physical condition, endurance, months of regular training, willpower, and determination. Without all of that, most people would likely give up after only the first or second mile.

Running is a lot like other activities requiring effort and time. If you want to persevere and accomplish your goal, you need endurance and discipline, which means strong willpower. Psychologist Roy Baumeister compares willpower to a muscle, which gets stronger the more it’s exercised. Just like muscles, when you’re training your willpower, being consistent is very important. It’s also good to start small.

If you have weak willpower and you set ambitious goals, you can easily get discouraged with the first bit of struggle. A woman I know wanted to lose weight. She tried for many years, unsuccessfully. She kept going on a diet, sometimes strict ones. She would lose some weight for a short while, but soon after she’d be back where she started.

One day, she told me that every time she decides to go on a diet, the very thought of giving up her favorite foods makes her depressed. She also admitted that many times it was very difficult for her to defeat the temptation, and she gave in and ate things she wasn’t supposed to.

At some point, my friend changed her approach. She stopped dieting and started to practice exercising her willpower in little things that were not immediately related to weight loss. First, she decided to get off the bus stop early, thus ensuring a short walk. Every day she tried to do this, even though she was tired after a long day at work. To motivate herself, she reminded herself that it would only take only seven minutes more. After a few weeks, it became a habit and wasn’t so difficult anymore.

Then, she added another resolution. She wanted to change her way of eating, so she needed to try and learn new recipes. She decided that every two weeks she would try a new recipe. At first, she wanted to do it once a week, but she realized that wouldn’t be realistic, and she wanted to be consistent and strengthen her willpower with success.

Along the way, she began to change the way she shopped. In the past, she would often make impulsive choices. Now she decided she could only buy two non-essential items per month, and she set herself a strict budget for those purchases.

My friend also made small decisions in various other areas of her life, and was persistent. In time, the more she was faithful to the small commitments she made, the easier it was for her to achieve even bigger goals. When after more than a year she decided to start dieting again, persevering was easier than ever before. She had practiced and strengthened her willpower over time, and that meant that in that most challenging area for her, it was now much easier to keep going.

If you wish to change any aspect of your life, but you lack the willpower, then start exercising it. Start small, and remember that “The person who is trustworthy in very small matters is also trustworthy in great ones.” (Luke 16:10)

Read more:
These effective steps for changing bad habits are a lot like Confession