In images: The fascinating symbolism of the Miraculous Medal

"All those who wear it, when it is blessed, will receive great graces."

The “Miraculous Medal” of St. Catherine Labouré is among the most popular sacramentals of the Catholic Church. Ever since the humble Catherine received a heavenly vision of the medal, countless miracles have been attributed to its pious use. 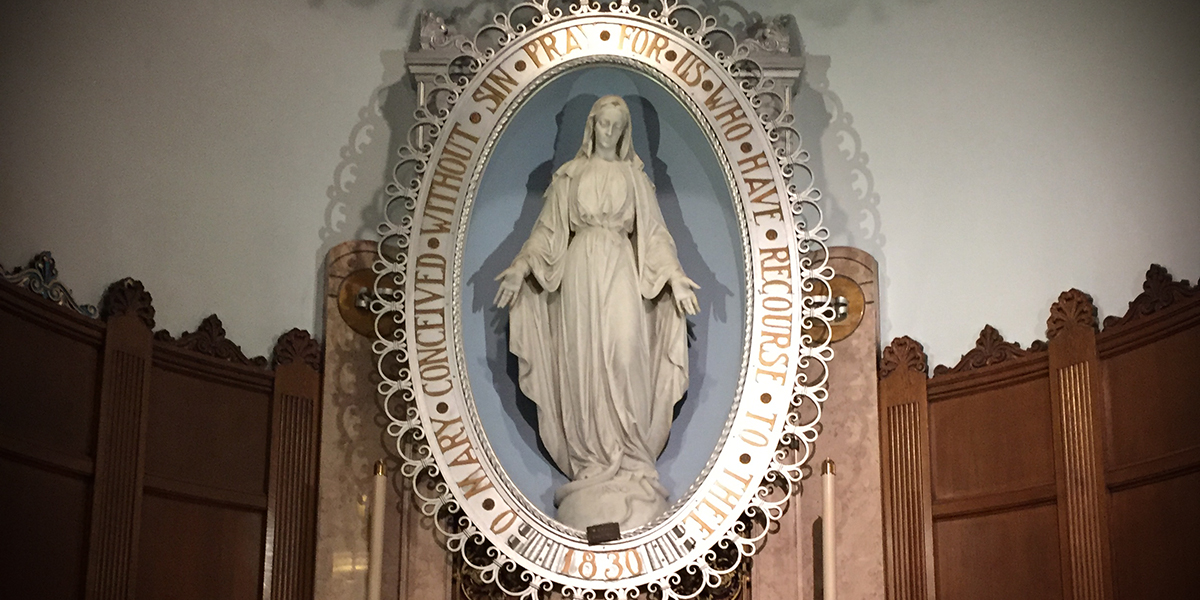 Catherine narrates the day when she received a special vision of the Blessed Mother, who asked that a medal be made according to what she witnessed.

On the 27th of November, 1830 … while making my meditation in profound silence … I seemed to hear on the right hand side of the sanctuary something like the rustling of a silk dress. Glancing in that direction, I perceived the Blessed Virgin standing near St. Joseph’s picture. Her height was medium and Her countenance, indescribably beautiful. She was dressed in a robe the color of the dawn, high-necked, with plain sleeves. Her head was covered with a white veil, which floated over Her shoulders down to her feet. Her feet rested upon a globe, or rather one half of a globe, for that was all that could be seen. Her hands which were on a level with Her waist, held in an easy manner another globe, a figure of the world. Her eyes were raised to Heaven, and Her countenance beamed with light as She offered the globe to Our Lord.There now formed around the Blessed Virgin a frame rather oval in shape on which were written in letters of gold these words: “O Mary conceived without sin, pray for us who have recourse to Thee.” Then a voice said to me: “Have a medal struck upon this model. All those who wear it, when it is blessed, will receive great graces especially if they wear it round the neck. Those who repeat this prayer with devotion will be in a special manner under the protection of the Mother of God. Graces will be abundantly bestowed upon those who have confidence.”

She confided the event to her spiritual director, who, after getting the permission of the local bishop, made preparations for the medal to be produced. Initially about 20,000 medals were first ordered and by the time Catherine died, many millions more were spread throughout the world. It proved to be a powerful aid in the spiritual life and many souls drew closer to Jesus Christ through their renewed devotion to the Blessed Virgin Mary.

The small medal has much symbolism, given to Catherine from her visions of the Blessed Mother.

Read more:
The many names of God and what they mean