How complaining limits you (and by you, I mean me) 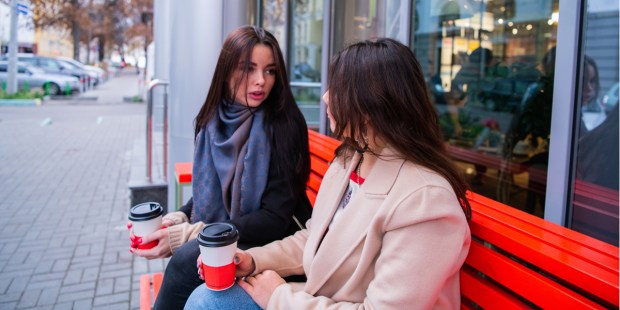 It’s a nasty habit and surprisingly easy to fall into — but here’s why it’s important to resist it.

So here’s a thing that has happened to me approximately 17,000 times: I’ve said something in public, usually online, with an astounding degree of confidence (bordering on smugness) and then not long afterward, I’m given the opportunity to eat my words.

This happened when I declared that my kids would never eat dirt or chew on chair legs, when I banned pink and princesses, when I got judgey about lice, and also when I opened my mouth about anything at all. It’s delicious humble pie and all, but you would think by now I would have learned the lesson, right?

Lo and behold, just this past August I wrote a post about how I learned to stop complaining and it gave me a whole new appreciation of life. Note: that was in August, when the weather was warm and I was happy.

Now it’s December — my first December outside of Southwest Florida in 6 years — and the weather is cold, and I’m unhappy. I know I’m unhappy because without even noticing it, I’ve been complaining about the cold to my family so much that they finally asked me to stop complaining. Politely, with zero irritation at all. (<-sarcasm)

So I really needed the attitude adjustment that came with reading this article at World Economic Forum about attitude being more vital to success than intelligence:

Be flexible. Everyone encounters unanticipated adversity. People with an empowered, growth-oriented mindset embrace adversity as a means for improvement, as opposed to something that holds them back. When an unexpected situation challenges an empowered person, they flex until they get results.

Don’t complain when things don’t go your way. Complaining is an obvious sign of a fixed mindset. A growth mindset looks for opportunity in everything, so there’s no room for complaints.

I’m actually a fairly flexible person. There aren’t many obstacles I encounter that seem insurmountable … usually I even enjoy the challenge of exercising my creativity to get past unexpected obstacles.

But my job requires me to be outside in all weather, and to be positive about it. And here’s what I’m learning this winter — you can’t fake positivity.

Maybe you can muster up enough enthusiasm to get by for a day or two, but it’s not sustainable. If your response to a challenge in life is to let it throw you into misery, that’s going to become apparent to everyone sooner or later. And over the past few weeks, I’ve watched as the athletes I train dwindle in both number and enthusiasm.

At first I blamed the weather itself, but I’m realizing that the weather isn’t the problem — my dearth of genuine enthusiasm is.

It’s true that exercising in the cold can be difficult, but you know what? It’s a challenge. Just like running with sandbells and doing burpees is a challenge. And like all challenges, persevering brings a host of benefits, like building brown fat and boosting the immune system. But more important to me are the mental benefits — the grit you build when you refuse to allow discomfort to stop you or slow you down, and the confidence you build when you’ve completed something that truly tested you.

I’m always looking for new ways to challenge my athletes, but I was missing the fact that the cold weather is a new challenge in and of itself. Rather than lamenting it, it’s time to genuinely embrace this challenge by presenting it as such — not an unfortunate season to white-knuckle through, but an amazing opportunity to test resolve and create grit.

And you know what? It’s time for me to embrace the challenge of getting serious, yet again, about breaking my habit of complaining. At the risk of getting another helping of humble pie in six months, I’m declaring that my New Year’s Resolution.

Read more:
8 Alcoholics Anonymous slogans to lean on when you break a New Year’s resolution