This church holds the relics that St. Helena brought back from the Holy Land

A treasure trove of relics have been carefully preserved in Rome's Basilica of the Holy Cross in Jerusalem ever since Emperor Constantine's mother returned from her 4th-century pilgrimage.

We know that many churches in Europe are treasure troves of ancient relics. But not many can rival the extensive collection of the ancient Basilica of the Holy Cross in Jerusalem, built during the 4th century in Rome.

Located in the Equilino neighborhood, home to many of Rome’s ethnic communities, the Basilica of the Holy Cross in Jerusalem (Santa Croce in Gerusalemme) owes its name to the most precious of the relics it hosts: fragments of the Holy Cross found on the exact location where Jesus was crucified. It is believed that St. Helena, the mother of Roman Emperor Constantine (who legalized Christianity in 312), found fragments of the Holy Cross and other precious relics while on a visit to the Holy Land. She then took them back to Rome and kept them in the newly built “Basilica Heleniana” which was erected within an imperial complex known as Sessorium, which included a palace, Roman baths (also named after Helena), a circus and an amphitheater. 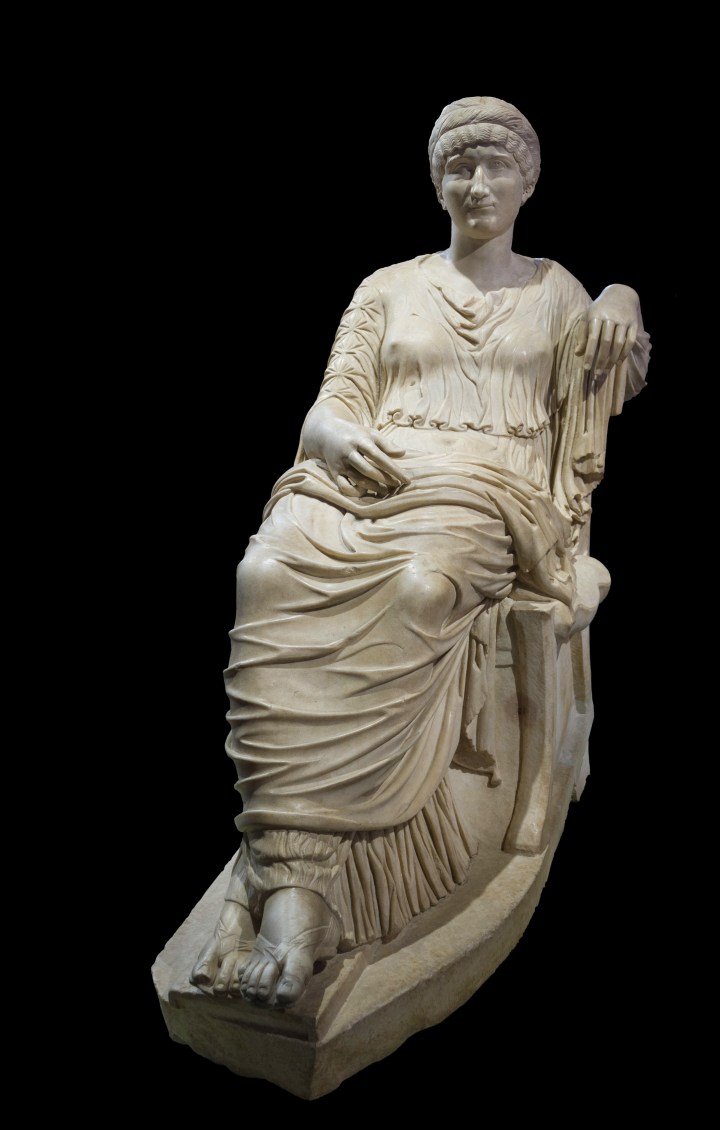 But not much of that original structure remains intact today. Restoration work and structural changes started as early as the 8th century, when Popes Gregory II and Hadrian I ordered a first round of renovations. Further modifications were ordered by Pope Lucius II (1114-1145), who opted for a Romanesque architectural style featuring the iconic three-nave church that can be found in churches built across 12th-century Europe. However, it wasn’t until the 17th century that the Basilica took on its current look. That’s when Pope Benedict XIV asked Roman architects Pietro Passalacqua and Domenico Gregorini to turn the Basilica into a late Baroque structure, featuring an elliptical entrance and an elaborately decorated facade with Corinthian capitals.

In 1910, the “parish of Holy Cross in Jerusalem” was established by the Pope St. Pius X and the complex has remained under the administration of the diocesan clergy ever since. In 1930 Pope Pius V ordered the construction of a new chapel to host the holy remains of the Basilica. The appropriately named “Chapel of Relics” was built by Roman architect Florestano di Fausto, who intended it as a space of worship open to believers who can easily access it from the left nave of the Basilica.

The Chapel features an outstanding collection of relics, including:

The Basilica also features a monastic garden, which was created in 2004 to mimic the garden kept by Cistercian monks from 1561 until the early 1900s. The garden exudes a sense of peace, balance and serenity thanks to the harmony of its flowerbeds and an entrance gate made of stained glass designed by Greek Italian artist Jannis Kounellis.