The 1607 painting depicts a violent scene from the Book of Judith.

A painting believed to be by the Renaissance Italian master Caravaggio was discovered in the attic of a Toulouse, France house, and is expected to fetch up to $171 million at auction.

The painting depicts an episode from the Old Testament’s Book of Judith, in which the widow Judith beheads the Assyrian general Holofernes in order to save her city of Bethulia.

“This is the greatest painting I’ve ever found,” art appraiser Eric Turquin told CNN. “It’s very violent. It’s almost unbearable. But he’s an artist who embodies the text — he makes the text living.”

Caravaggio is known for his realistic pieces depicting great moments of drama in the Christian story, including “The Calling of St. Matthew,” “The Incredulity of St. Thomas” (pictured in the slideshow below), and “The Conversion of St. Paul.” 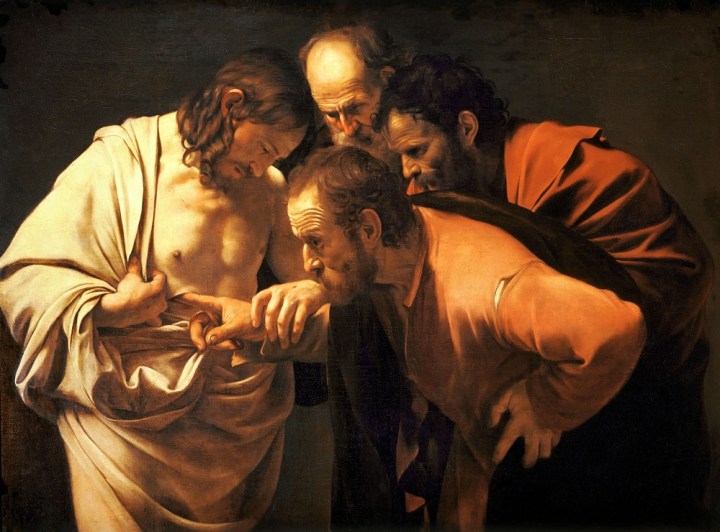 According to Turquin, Caravaggio painted this work in 1607, after he fled Rome after being accused of murder after he became involved in a brawl.

“Caravaggio was becoming darker, more somber towards the end of his life. He was getting more extreme,” Turquin said.

CNN reports that appraisers identified the work as Caravaggio’s lost painting based on four documents:

Two 1607 letters to the Duke of Mantua, describing the painting; the 1617 will of art dealer and painter Louis Finson; and an inventory of the estate of Abraham Vinck, Finson’s associate, carried out in Antwerp in 1619.

The 2017 sale of Leonardo da Vinci’s “Salvator Mundi” for $450.3 million contributed to the high valuation of Caravaggio’s work.

“There is a revival of the Old Masters, that is clear,” Torquin told CNN.

Read more:
Will a Caravaggio Nativity painting, stolen 50 years ago, finally be returned?