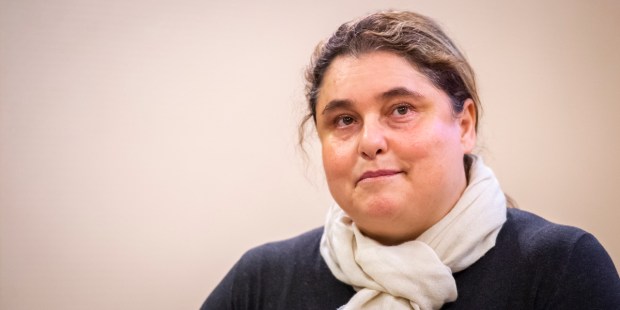 Carlo Acutis, an teen who died of leukemia in 2006 at 15, was declared Venerable by Pope Francis in 2019, and his testimony of life is drawing many people to the faith. It started with his own mother, Antonia Salzano, who today considers him a “little savior” who taught her to love the Eucharist.

She’s now dedicated to telling the story of her young computer genius who went to Mass every day and who had a full, normal life, lived in an extraordinary way. He spent his time studying, being with his family, and volunteering to help other children and the elderly, all the while bearing witness to a pure and concrete faith.

“Carlo was a very devout soul, even when he was very young. He loved to go to church, to pray, and to learn more about his faith. I was far from the church; I grew up in a secular family, as millions of people do, I suppose. So, having this son who insistently asked me questions about the faith forced me to reflect. That was the reason why I drew closer to the Church” and to the sacraments, she explains.

Carlo lived an exceptional life up to the very end, when he said that he offered his physical pain to God for the pope and for the Church. His mother says, “For me, Carlo was a little savior who led me to take a special path.”

“It’s a path I continue to walk,” she reflects. “I try to spread his legacy, especially this exposition about Eucharistic miracles, which has traveled throughout all the continents, and which has helped many people.”

Indeed, the page www.miracolieucaristici.org was born from the young adolescent’s inspiration and genius.

“There are testimonies of people who’ve drawn closer to God and who’ve begun a life of faith,” she says. “For me, this is the greatest sign. Because Carlo cared a lot about the Eucharist, and he used to say, ‘We are born as originals, but many live as photocopies.’”

Carlo’s mother agrees with his words. She says that “Jesus gives us the sacraments so that we may not die as photocopies, and he gives himself through the Eucharist,” which is “God present in person: his body, blood, soul, and divinity.”

During Carlo’s sickness, his courage in the face of his premature death inspired his mother. “Mom, don’t be afraid,” he said, “because with the Incarnation of Jesus, death became life, and there’s no need to escape: in eternal life, something extraordinary awaits us.”

To quote Carlo again, “Our goal must be the infinite, not the finite. The infinite is our homeland. Heaven has been waiting for us forever.”

Carlo’s mother is convinced that “Jesus is Love, God is love.” Therefore, “when we receive the Eucharist, we receive love.”

“The purpose of every Christian is to become holy,” she says, and the way to achieve it is through “receiving God, loving God above all things, loving our neighbor as ourselves, receiving love through the Eucharist … Jesus teaches us also to give ourselves to others, and to grow in our love for God,” she adds.

Carlo bore witness to this until the end. From when he received his First Communion at the age of seven, until he died, he never missed daily Mass.

“He used to say, ‘The Eucharist is my highway to Heaven.’ Therefore, he wanted everyone to understand the immense gift that Jesus gives us in the sacraments.”

Carlo’s mother is the best ambassador of his exposition dedicated to Eucharistic miracles. “Jesus Promised, ‘I will be with you until the end of time.’ He promised it, and he kept his promise. Even today, he shows us these extraordinary signs that are Eucharistic Miracles, like those that took place in 2006, 2008, and 2013.”

“Miracles,” she adds, “like the one that happened in Lanciano, Italy, where the host visibly became flesh and was discovered to be myocardial tissue. This is something extraordinary! It’s a great sign that will surely help many people who sincerely desire to draw near the Lord, and who, seeing the signs, I think will find the meaning of their faith.”

Carlo’s mother has no doubt: “Carlo was a seed, or rather, he planted a seed with this exposition on Eucharistic miracles,” to help the world believe.