A doctor on why “blood and water” gushed from Jesus’ heart 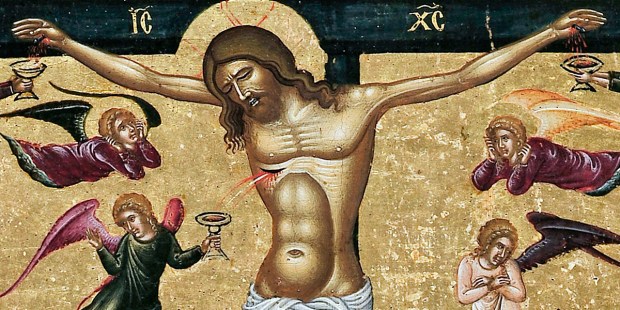 St. John records what he saw; even if the Evangelist was thinking of the Sacraments, Our Lord’s body was simply experiencing the processes of death.

But when [the soldiers] came to Jesus and saw that he was already dead, they did not break his legs, but one soldier thrust his lance into his side, and immediately blood and water flowed out. ~John 19:33-34

St. John, the eyewitness of this event who subsequently recorded it in his Gospel, would not have had a medical explanation for this outpouring of “blood and water.” For him — his Gospel is represented with an eagle because of his piercing spiritual insight — God had a message in the blood and water that pointed to baptism and Eucharist, to infinite mercy.

But the spiritual depth of this occurrence doesn’t negate that a medical explanation could be quite likely.

In this regard, a retired cardio-thoracic surgeon, Dr. Antony de Bono, feels that there is a simple reason for the outpouring of the “blood and water.”

Read more:
10 Lovely ways to bring the Sacred Heart into your life

Jesus had a haemothorax, which in the stillness of the dead body, had separated out as they do into two layers: the heavier red cells below and the light watery plasma above. The haemothorax was the result of the savage flagellation.

The withdrawal of the spear would have been followed first by the red cells (blood), then by the lighter plasma (water).

The body of Jesus had been hanging on the cross, dead, for some time. Obviously the fluid must have accumulated during life by a bleeding into the chest cavity, almost certainly due to the savage flagellation.

It is well known that blood in these circumstances in a still dead body starts to separate out, to sediment, the heavier red cells sinking to the bottom leaving a much lighter, straw colored fluid, the plasma above.

When a hole is made by the spear, the red cells, which John describes as blood, gushes out first, followed by the plasma, which John saw as water.

“I can think of no other explanation,” the doctor reports, adding, “technically the process for draining the chest is known as a thoracocentesis.”

As we contemplate Jesus’ love for us, made visible in this total self-emptying, we can thank him not only for his infinite mercy, but also for his very human devotion to his adopted brothers and sisters, a love, mercy, and devotion so great that it led him to the cross.

Read more:
These are the words Jesus said to renew devotion to his Sacred Heart