What is the liturgical year and where did it come from? 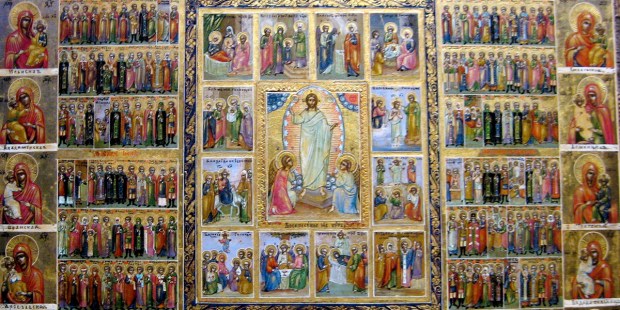 In many ways the Church’s year follows the changing of the seasons and enters into a rhythm that speaks to the soul.

The natural world around us experiences a continual changing of seasons, from Spring and Summer, to Fall and Winter. It is a marvelous sight to behold and gives enough variety to our soul that we do not become bored with the monotony of an unchanging environment.

It is not surprising that a similar occurrence is experienced in the liturgical year of the Catholic Church.

Early on, Christians followed the Jewish calendar, but it quickly became evident that they needed to set themselves apart. They did this first by choosing Sunday as their “sabbath” and then by annually commemorating the Passion, death and resurrection of Jesus Christ. This was the most important time of the year for Christians and all other feasts were instituted in relation to the paschal events.

Pentecost and the coming of the Holy Spirit was likely instituted next, as it coincided with other Jewish feasts. Then Jesus’ birth received its own celebration. Connected to these feasts were periods of preparation before and extended days of feasting afterwards. This slowly developed over time and varied according to local traditions.

What we have now in the Roman Rite of the Catholic Church is the culmination of roughly 2,000 years of development, punctuating the year with the life of Jesus Christ.

The USCCB breaks down the current liturgical year as experienced in the Ordinary Form of the Roman Rite:

The liturgical year is made up of six seasons:

Advent – four weeks of preparation before the celebration of Jesus’ birth
Christmas – recalling the Nativity of Jesus Christ and his manifestation to the peoples of the world
Lent – a six-week period of penance before Easter
Sacred Paschal Triduum – the holiest “Three Days” of the Church’s year, where the Christian people recall the suffering, death, and resurrection of Jesus
Easter – 50 days of joyful celebration of the Lord’s resurrection from the dead and his sending forth of the Holy Spirit
Ordinary Time – divided into two sections (one span of 4-8 weeks after Christmas Time and another lasting about six months after Easter Time), wherein the faithful consider the fullness of Jesus’ teachings and works among his people

The mystery of Christ, unfolded through the cycle of the year, calls us to live his mystery in our own lives.

In the end, no matter the rite, Catholics can experience an annual spiritual renewal similar to how the earth is renewed according to the seasons. This is not a coincidence and corresponds to an interior desire left by God himself that is designed to lead us closer to him. We need variation, both in the natural world and in the spiritual world. Through this liturgical year, we are immersed into the life of Christ and are renewed.

Read more:
Test your knowledge of these liturgical colors

Read more:
Why Ordinary Time can also be called the “season of saints”