How to make peace with past mistakes: Lessons from a glamorous French actress 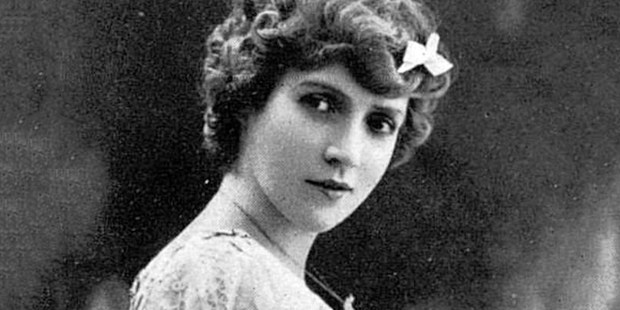 One of the most famous women of her day, Eve Lavalliere learned the secret to living well.

Appearances are deceiving. I know, because as a priest, I frequently speak with people who are seeking advice or feeling a need to unburden their consciences. They feel as though who they were in the past doesn’t match up to the image they project in the present, and that they’re somehow living a false life. Often, the veneer of a well-adjusted person is simply that, a carefully curated surface image. Underneath, real life isn’t quite so picturesque.

It brings to mind a fascinating story I recently read about a woman who appeared to have everything. Her name was Eve Lavalliere, and in the early 20th century she was one of the most famous women in France. She was a stage actress and well-known beauty who was popular, talented, and wealthy. The great actress Sarah Bernhardt was in awe of Eve, telling her, “What you do is innate: you create – you do not copy the characters. You give birth to them from within yourself. It is very beautiful.” Eve was on top of the world, one of the most envied women of her time. When she took her bows after a London show in 1916, the audience stood and thunderously applauded her. As they stood and clapped, she left the stage and walked to the Thames river, intending to drown herself.

Underneath the glamour and glitter, Eve was a volcano of past hurts and mistakes ready to explode. She later said that her lifestyle was like wading, “into the vast sea of sin.” She had gold and men and good looks, but had lost her peace. “I had everything the world could offer, everything I could desire,” she said, “Nevertheless, I regarded myself the unhappiest of souls.”

Eve Lavalliere was only her stage name. She had taken it from a woman named the Duchesse de la Vallière, a mistress of King Louis XIV who had a piece of jewelry named after her glamorous style. Her real name was Eugenie Marie Fenoglio and she was born into a broken family with a violent, alcoholic father. When her mother finally found the courage to leave him, he went into a rage and murdered her before also killing himself. Eugenie became depressed and suicidal, and even as she transformed herself into Eve and found great success in the theater, her past haunted her. In an attempt to compensate, she had a number of affairs with men and spent her money lavishly. None of it brought happiness and only compounded her misery. In the meantime, she became a single mother with a cocaine-addicted daughter who, towards the end of Eve’s life, secretly made her mother addicted to the drug as well so she could freely rob her.

Having hit the depths of suicidal depression, Eve happened to meet a priest who convinced her to attend Mass. Soon she was attending frequently and her whole life changed. She left her acting career behind, took on a monastic lifestyle, and made frequent mission trips to Africa. The last years of her life were marked by failing health and, and when she died, she was no longer famous, glamorous, or wealthy, but she was at peace. Even though her life outwardly seemed to have taken a turn for the worse, appearances are deceptive. She disappeared from the stage of the world, but in doing so gained back her happiness.

Here is her secret to overcoming her past, from a quote about the last years of her life; “When she gets letters from her old friends, she sometimes smiles, for she has no bitterness about the past, but she doesn’t think about it. She thinks only of the present and the future.” Eve learned that the past must be left in the past and it cannot continue to poison the future. No matter how much we try to compensate or pretend everything is fine, we won’t be truly happy until we deal with the past. Forgiveness, accepting who we are, and moving forward, this is how we are set free to grasp the happiness of the present moment and the hope of the future.

In the end, as Eve was suffering from chronic illness, she was asked if she had any hope of being cured. She responded, “None. But I am so happy! You cannot imagine how great my happiness is.” She then added, “I am in God’s hands. Tell my friends of days gone by that you met the happiest person on earth.” She died in 1929 at the age of 63, and her gravestone says, “I left everything for God.” Are we brave enough to leave the past behind, to leave everything that’s holding us back from seeking happiness?

Read more:
How to let go of your idea of perfect and find peace

Read more:
Forgiving (and asking for forgiveness ) is hard: This can make it easier