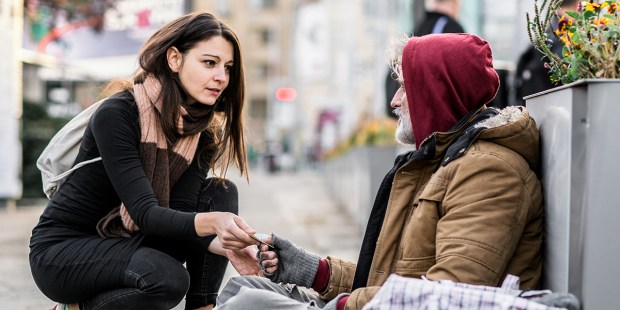 St. Louis Martin is a great example of a comfortable middle-class man, who was generous in everything he did.

While much is said about the rich or the poor, very little is every spoken about the middle class. This is a class of people who live comfortably in the middle, with enough money to live on, plus a little extra. They aren’t worried about putting food on the table, but they aren’t rich enough to spend money recklessly.

St. Louis Martin (father of St. Therese of Lisieux) was in a similar situation. He was a business owner, along with his wife, and they had enough money to support their growing family in 19th-century France.

Yet, Louis practiced concrete actions to keep him humble, always remembering those who were less fortunate than him.

For example, when asked why he always attended the 6 a.m. Mass, Louis remarked, “Because it is the Mass of the poor and the working people.” Furthermore, whenever he went on a journey, he always traveled third class, deliberately choosing to be less comfortable and to associate with the poor.

Louis also responded immediately to the needs of others. When he heard about family members in a difficult financial situation, he would sell his stocks or do something else that would help alleviate their burden.

When Louis met an old man at church in need of food, he asked him to come over for a family meal. When the poor man was about to leave their home, Louis kneeled before the poor man and begged him for a blessing.

Sometimes its easy in the middle class to be overprotective of your finances, fearing that you will end up in poverty. Yet, according to Louis, this kind of attitude is harmful and can lead to an uncharitable spirit.

Instead, it’s important to be both wise and generous, giving what you can to others without endangering your own situation or family. There will always be someone less fortunate than ourselves, and being in the middle class doesn’t exempt a person from giving to others.

Above all, keep a generous spirit, remain humble and associate with the poor. It will help you amass a great treasure in the next world, one that is far more valuable than we can imagine.

Read more:
Love at first sight: The sweet story of how Sts. Louis and Zelie Martin fell in love