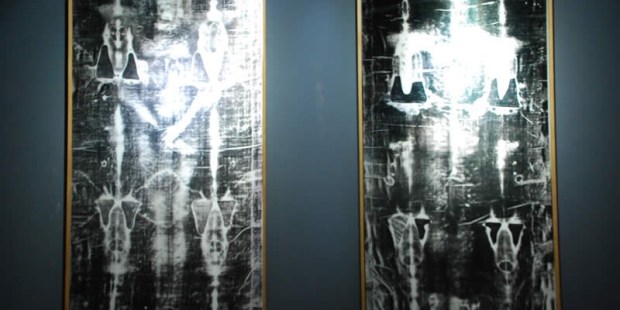 Specialists hope to re-test the artifact which some believe to be an authentic relic of Christ’s crucifixion.

The age-old controversy over the Shroud of Turin continues. One side stands by a 1988 radiocarbon dating that proves the shroud came from the Middle Ages, not the time of Christ’s crucifixion, while believers continue to defend the Shroud as an authentic relic.

Now, a French researcher has thrown the 1988 research, which was published by the journal Nature, into question. Tristan Casabianca, an independent French researcher, points out in a paper published in the scientific journal Archaeometry that the raw data of the 1988 tests were never released to the public. Casabianca undertook legal action to force the British Museum, which held the data, to release the data.

“Three laboratories performed a radiocarbon analysis of the Turin Shroud,” according to Casabianca. “The results, which were centralized by the British Museum and published in Nature in 1989, provided ‘conclusive evidence’ of the medieval origin of the artefact. However, the raw data were never released by the institutions,” he wrote.

In 2017, Casabianca submitted a Freedom of Information request to the British Museum and was allowed to see the data.

“Our statistical analysis shows that the 1988 carbon 14 dating was unreliable: the tested samples are obviously heterogeneous, and there is no guarantee that all these samples, taken from one end of the sheet, are representative of the whole fabric. It is therefore impossible to conclude that the shroud of Turin dates from the Middle Ages,” Casabianca explained in an interview with a website called L’Homme Nouveau.

Casabianca said his work will help find answers beyond the research of the American chemist Raymond N. Rogers, who debunked the 1988 dating, because he had only the data published by Nature to work with. Rogers maintained that the three Shroud test samples used in 1988 were cut from an outer edge on a piece of the cloth added later as a repair because of frequent handling of the Shroud in public veneration.

“From now on, our statistical analysis, supported by the unpublished reports of the laboratories indicating that the samples contain foreign materials, is of the order of the obvious: the dating of 1988 is not reliable,” he said.

Casabianca said the 1988 research, which dated the shroud between the years 1260 and 1390 with 95% certainty, was heralded as a “triumph of science” over “naive” Christian piety. Researchers “needed extremely strong evidence to contradict this unavoidable episode of carbon dating,” he said. “I think we provided them.”

His team’s research was published at the end of March by Archaeometry, a journal published by the same University of Oxford department responsible for the 1988 dating.

Many specialists now hope to organize new tests on the shroud, Casabianca said.

The French researcher said this discovery was “part of my journey of conversion, which was accelerated especially when I realized that the ‘science’ and the truths proclaimed by the Catholic religion were not in conflict, but strengthened.”

“With this discovery, I am happy to be able to show why Christians should not be afraid of science,” he said. “We must seek the truth, whatever it is. The study of the shroud of Turin can be part of an apologetic movement that has profoundly changed so many lives—and my life—but still remains unknown in France. This discovery offers us a concrete example in favor of a renewed and uninhibited apologetics. Why would we be afraid to discover the truth, and tell it to the world?”