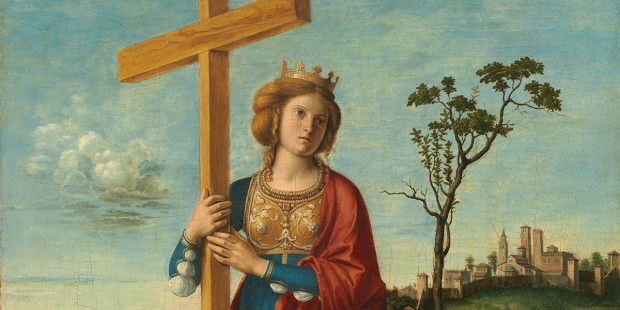 Her life proves that it’s never too late to turn your life around and make an impact on the world.

Many know St. Helena as the highly influential mother of Emperor Constantine, who made history by relaxing the rules against Christianity and paving the way for the rise of the Roman Catholic Church.

What’s interesting to note is that she didn’t convert to Christianity until later in life. The date of her birth varies according to different historians, but all agree she was born in the middle of the 3rd century. Records indicate she didn’t embrace the Christian religion until after her son was victorious over Emperor Maxentius, which occurred during 312. With this in mind, Helena wasn’t a Christian until she was roughly 65 years old.

It can be a surprising fact, as St. Helena died about 15 years later and yet she is credited with the building of numerous churches and the discovery of a number of relics, such as the true cross of Jesus Christ.

Read more:
Catholic Mythbusters: Could a large ship really be built from all the relics of the True Cross?

St. Helena was a woman who put her entire self into something and when she became a Christian, she was a Christian to the fullest. She made up for lost time by using her power as the mother of the Roman emperor to do good in the world and promote Christianity throughout the Empire.

She had a particular fondness for the Holy Land and the Catholic Encyclopedia details a few of the highlights of her trip.

It was in Palestine, as we learn from Eusebius, that she had resolved to bring to God, the King of kings, the homage and tribute of her devotion. She lavished on that land her bounties and good deeds, she “explored it with remarkable discernment,” and “visited it with the care and solicitude of the emperor himself.” Then, when she “had shown due veneration to the footsteps of the Savior,” she had two churches erected for the worship of God: one was raised in Bethlehem near the Grotto of the Nativity, the other on the Mount of the Ascension, near Jerusalem. She also embellished the sacred grotto with rich ornaments.

Despite having only a handful of years left in her life, it didn’t stop her from living in the present moment and being a faithful disciple of Jesus Christ.

Her story is powerful and reminds us that no matter what age we might be, our past can never keep us away from the mercy of God. We might have made some bad mistakes in our younger years, but for God there is no time limit on his mercy. This is good news and reassures us that whether we are 9 or 99, we still have time to embrace the love of God.