When St. Gregory was elected pope, his first thought was to run away 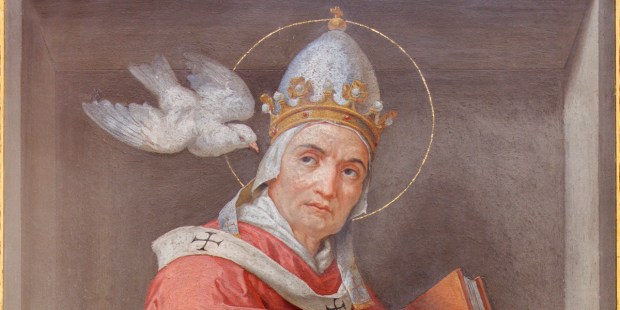 Even though St. Gregory didn’t want to become pope, he is regarded as the prime example of a “good shepherd.”

Near the end of the 6th century, the Catholic Church needed a “good shepherd.” Many bishops and clergy were corrupt and Europe was divided following the collapse of the Roman Empire.

When Pope Pelagius II died from the plague, the people of Rome knew exactly who they wanted to be the next pope.

Gregory was well known for his simplicity and desire for solitude. He was the abbot of a local monastery and it flourished under his guidance, attracting all kinds of men who knew of his holiness.

At the age of 50 Gregory looked forward to a life of contemplation and spending the rest of his days in the quiet stillness of his cell.

However, that dream came crashing down when the people and clergy of Rome came knocking on his door. They told him of their plan to elect him as pope and Gregory immediately refused. He even wrote to the Emperor and pleaded with him, saying that he wouldn’t be installed as the next pope.

Read more:
During a deadly plague, Pope Gregory had this consoling vision of St. Michael the Archangel

There is even one story (recalled in the Golden Legend) that illustrates his desire to flee from the office of the pope.

Gregory tried to flee from Rome but could not, because they watched for him day and night at the city gates. At length he changed his clothes and persuaded some tradesmen to hide him in a wine cask and get him out of the city in a wagon. When they reached a forest, he made for a hiding place in the caves and hid there for three days. A relentless search for him was under way, and a bright column of light beamed down from the heavens and appeared over the place where he had concealed himself: a certain hermit saw angels descending and ascending in this beam. Of course this led the pursuers to Gregory, and they carried him back to Rome and consecrated him as supreme pontiff.

This legend illustrates Gregory’s deep desire not to become pope. However, he eventually came to terms with the thought and accepted it in humble submission.

Gregory went on to become one of the most influential popes of all history, and even wrote a “manual” for bishops, detailing how they should practice what they preach.

He was a great friend of the poor and instructed his clergy to do whatever they could to help them.

His life remains a perfect example of a bishop with the heart of a shepherd, who urges his sheep to not look at him, but at the true Shepherd who guides the flock.

Read more:
Pray this prayer to remain in Easter joy