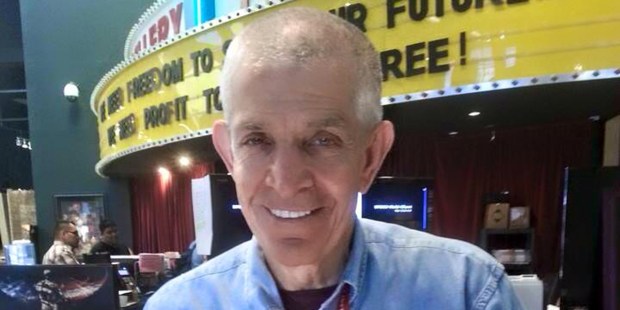 At 68 years of age Jim McIngvale — or Mattress Mack, as he’s affectionately known in the furniture business — has had a very successful career. When he moved to Houston in 1981 he started out with $5,000 and a tent on the side of a freeway, from which he sold his furniture. Two years after, thanks to a commercial that promised clients they’d save money, McIngvale was able to start his Gallery Furniture retail business.

Yet, however successful his career may have been, perhaps his greatest success has been his charitable deeds. Last week McIngvale and his staff reached out to those stranded in Tropical Storm Imelda. The storm had caused two deaths already, and Mattress Mack sent out his trucks to see if there was anyone who might need rescuing. Between 15 to 20 people stayed in his store that night, receiving not only a bed for the night but food, showers, and even entertainment on Mack’s in-store big screen televisions. In return, the sexagenarian asked for nothing.

In a report by Meagan Flynn for the Washington Post, McIngvale explains where his kind-hearted deeds come from: “I’m a practicing Catholic and I think I should practice what I preach.” It’s an attitude he’s been demonstrating for many years, through many charitable acts: from feeding thousands at Thanksgiving and giving away mattresses at Christmas to families in difficulties, to offering aid during other natural disasters.

When Hurricane Katrina caused devastation in 2005, McIngvale offered refuge in his showroom to those who’d fled Louisiana. When further floods occurred over the years, McIngvale gave away mattresses to those in need. And when Hurricane Harvey created unprecedented havoc, the inspirational Mack got on Facebook live and offered a safe haven to 4 million people — and their animals — and even gave out his private cellphone number so people could reach him.

Thankfully not everybody turned up to his two stores at one time, but 400 flood victims were taken care of by McIngvale and his staff over a few nights, with some even volunteering themselves.

When President Trump paid homage to McIngvale, praising him for putting lives ahead of profit, in 2017 he stated: “As ‘Mattress Mack’ put it, ‘My faith defines me. It’s who I am.’ In ‘Mack,’ we see the strength of the American spirit.” It is a spirit that looks to offer a helping hand to others for absolutely nothing in return and embodies what it is to be a Christian.

You can read the whole Washington Post article here.

Read more:
“Mattress Mack”: The faith and radical hospitality of a hero of Harvey

Read more:
These Catholic churches offer the homeless a place to sleep