4 Beautiful Catholic churches in the the coastal American South

Catholicism in the South dates back to the 1500s, and remains strong today.

The history of Catholicism in the southern U.S. dates back to the 1500s, when Spanish missionaries began establishing settlements in present-day Florida, and French missionaries settled in the area of Mobile, Alabama, and New Orleans, Louisiana, in the early 1700s. Significant populations of Catholics remain in these regions today, as well as many beautiful Catholic churches that have been constructed through the centuries. The following are four such churches worth a visit when traveling through the coastal region of the South. 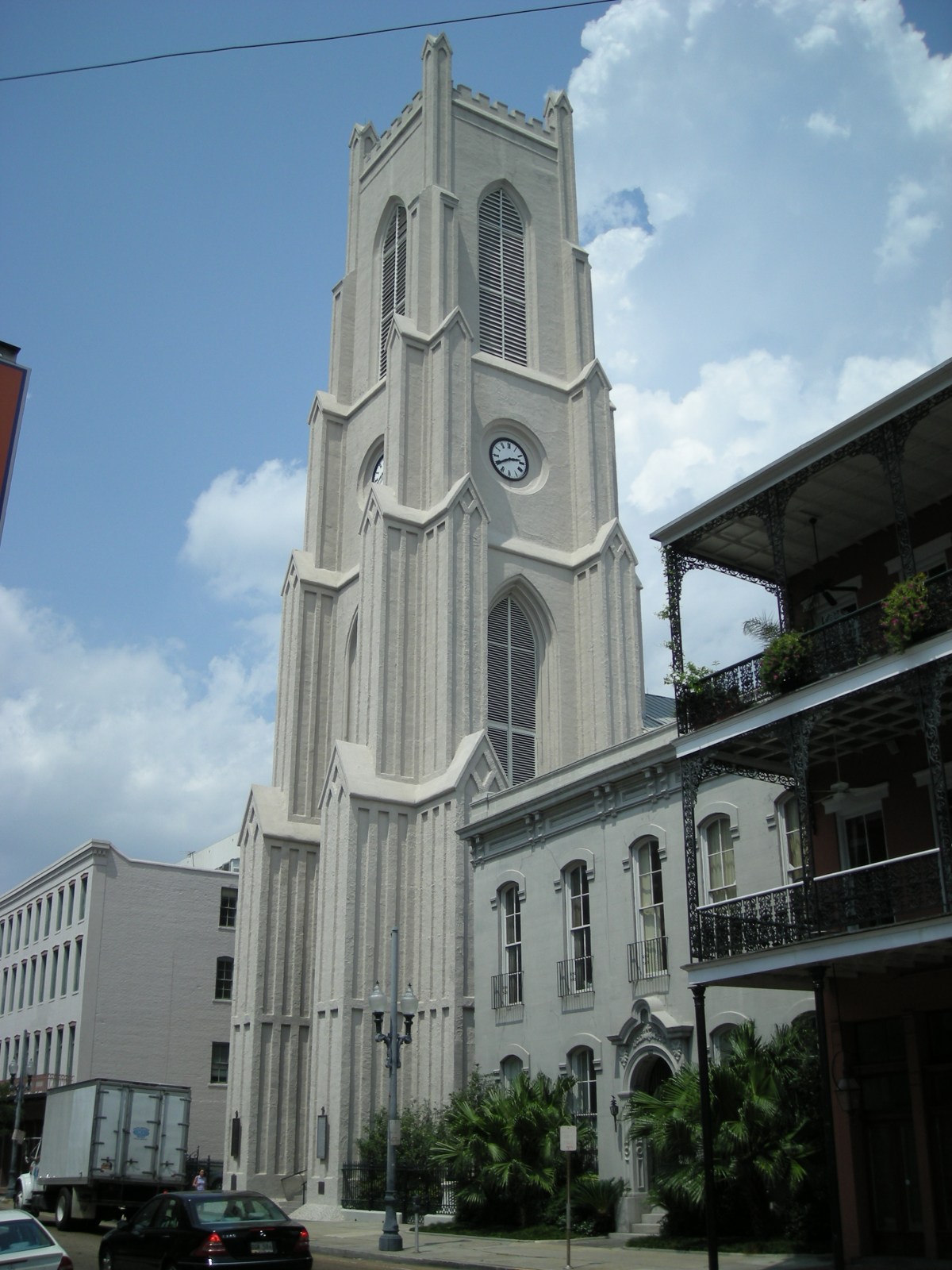 St. Patrick’s is in the City’s business district, a short walk away from the winding Mississippi River. The parish was established in 1833, and its church built by Irish immigrants in 1840, making it the City’s second oldest parish. The Irish sought to build a church to rival in beauty and stature the French-influenced St. Louis Cathedral, the centerpiece of the nearby French Quarter. Over the years it has withstood the area’s swampy land and hurricanes, with some, such as Hurricane Betsy in 1965, doing significant damage to the structure.

Built in the Gothic style, St. Patrick’s highlights include its 185-foot tower, vaulted ceilings and arches and magnificent stained glass windows. Its colorful art includes three large murals behind the altar area, including images of the Transfiguration, Christ pulling Peter from the water, and St. Patrick. Other features include old cypress pews and a carved wooden pulpit and a traditional altar and altar rails. Mass is offered daily in English and most days in Latin according to the Extraordinary Form.

Nativity is the seat of the Diocese of Biloxi, Mississippi. It was established in 1843, with the current Gothic-style cruciform church built in 1902. It is just a few blocks from the Gulf of Mexico and Biloxi’s casinos, which line the beach.

Highlights include its many lancet windows of varying sizes on the façade, a square side tower, bright stained glass windows that surround the building, and a vaulted interior and choir loft and organ. Interior art includes ceiling frescoes over the nave which depicting the Sacred Heart and the saints. Look for the bishop’s hand-carved wood cathedra, or chair, near the altar.

If you have a taste for more modern architecture and are in Biloxi, drive a few miles east down Beach Boulevard and visit St. Michael’s Church, a circular house of worship featuring long vertical stained glass windows depicting the 12 Apostles as fishermen and a scalloped shaped roof resembling a huge shell.

This church is a prominent feature of downtown Mobile and is the seat of the Archbishop of Mobile, Alabama. It was first established as a parish in 1703, and relocated to its current site in 1711. Construction of the present day church began in 1833; it was consecrated for public worship on the Feast of the Immaculate Conception in 1850, with major work continuing on the structure in the following decades.

This beautiful cathedral is prominently located in downtown Mobile, opposite a park known as Cathedral Square (once owned by the archdiocese). It has large twin towers and a front façade that includes six large columns. Its large interior includes a traditional marble altar, white columns, high decorative ceilings, marble flooring with images of the coats of arms of past bishops, magnificent stained glass windows with Marian images, a large organ and an underground chapel and crypt with the remains of previous bishops.

Through the centuries the structure has survived the 1865 explosion of a Union ammunition dump 14 blocks away and a fire that destroyed the sanctuary area, and one of its towers was even struck by a pilot in training during World War II. But in recent years it has undergone extensive renovations and has a bright, clean interior. It is popular for weddings and concerts. Visit for daily lunchtime Mass and confession, or just for prayer and a tour.

St. Michael’s was founded by Spanish missionaries in 1781, with the current Gothic revival church built in 1886. It was made a minor basilica by Pope Benedict XVI in 2011. The parish is located near Pensacola Bay, in a community known for the U.S. Navy’s Blue Angels and the resort of Pensacola Beach.

Highlights of the church include its traditional altar and two side altars, white columns, decorative chandelier, high ceiling and choir loft and organ. Its artwork includes magnificent stained glass windows, traditional statuary and Stations of the Cross. It also houses a variety of first-class relics, including a relic of the True Cross and those of many well known saints, such as American Saint Elizabeth Ann Seton.

Five blocks away is St. Michael’s 5-acre cemetery, which includes the remains of once prominent Catholic citizens as well as priests associated with the church. Headstones are in both English and Spanish.