This is what happened when a school banned cellphones 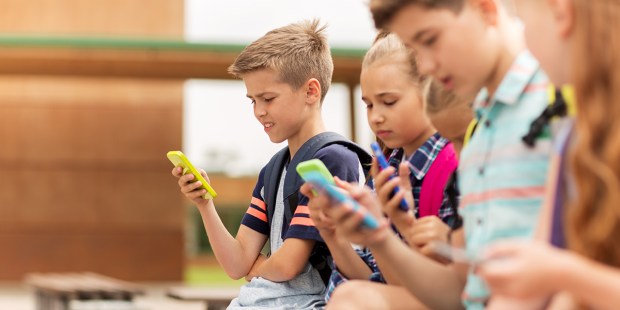 And teachers were asked to join in, too!

With the rise in smartphone addiction, and the disturbing effects it has on children and adults alike, a school in Llandudno, Wales, has taken drastic action to address the problem. Since 2018, the school has decided to ban students from using phones while on the school campus — even during recess. And to set a positive example, members of staff have been asked to refrain from using their phones in front of the students.

According to Wales Online, the headteacher of Ysgol John Bright, Ann Webb, reports that the ban — which has been in effect for a year — has “made a massive difference” with children focusing on real-life socializing and being more engaged in their lessons.

With no distraction or temptation to check social media or message friends or family, children are forced to focus on the job in hand. It’s therefore not surprising that the carpet ban has had a very positive effect on exam results, with a 10% rise in exam performance.

The ban is also easily monitored by teachers. They’re out greeting the students in the morning and ensure all phones are stowed away. In the corridors kids are monitored to make sure they’re sticking to the rules, and anyone who is spotted with a cellphone has it confiscated for the day — repeat offenders have their parents or guardians brought into school to pick up the offending phone.

Although the increase in exam performance is obviously an excellent outcome of the ban, the fact that children are communicating with each other and learning key social skills is possibly even more important. It forces them to pull away from a digital world that engenders insecurity; a world of “likes,” criticism, and inappropriate selfies. It allows them to be school kids again.

“I genuinely think the pupils have welcomed the break from social media and, because the situation is clear cut, everybody complies,” Webb states. “It’s a black and white rule that’s applied consistently.”

Now, if more schools and also the rest of us could all follow this example, we might be a little more contented and perform better.

Read more:
You can’t keep your kids from screen addiction unless you do this one thing

Read more:
How to save a generation from smartphone destruction