Meet the Mexican grandma taking the cooking world by storm 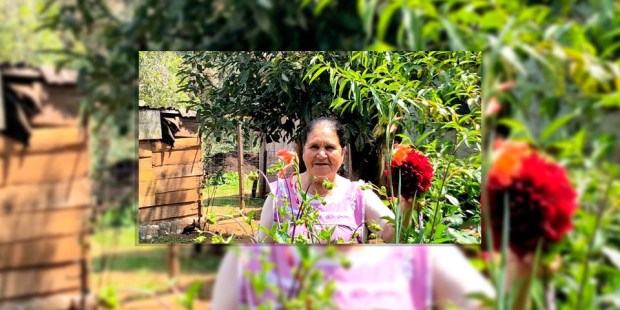 Doña Angela is bringing a helping of good old Mexican tradition to her delicious recipes.

There’s something so refreshing when you watch Doña Angela guide you through the steps of preparing delicious homemade Mexican dishes, with ingredients straight from her garden. Unlike so many cooking shows today, there’s absolutely no sophistication to this adorable grandmother who invites you into her rustic and charming home to have a cooking tutorial — in fact she’s quick to point out that her stove isn’t dirty, but stained from heavy duty usage. Her humility and simplicity of life has led to her becoming a YouTube sensation.

In the space of just one month, the abuelita, or grandma, notched up  more than 10 million views with her cooking videos titled De Mi Rancho a Tu Cocina, translated as “From my ranch to your kitchen.” Using fresh produce including flowers from her garden, Doña Angela makes authentic Mexican meals that have fans reaching for their chopping board.

One reason for her success seems to be the desire of younger generations for a comforting grandmother-figure for guidance in the kitchen. Watching her deftly chop and grind vegetables, and fold boiling hot homemade tortillas without flinching, is not only impressive but a reminder that no amount of gadgets or technology can replace the traditions and culture behind a wholesome family meal made with love.

If your Spanish isn’t up to scratch, you don’t need to worry. Thanks to the success of Doña Angela, her videos now come complete with English subtitles. Here’s just one of her recipes: Quesadillas de Comal y Atolito de Avena, an oatmeal atole, and you’ll see how the endearing home cook is her own worst critic as she complains that her salsa was a little too spicy!

Read more:
Why an early memory of my grandmother’s defined her whole life