Souling for cakes and beer: The Catholic tradition of trick-or-treating on Halloween 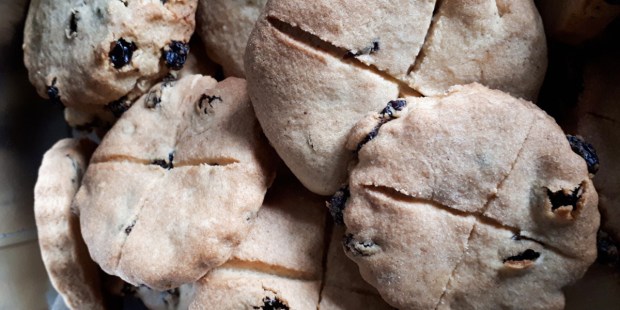 Instead of begging for candy, children and adults knocked on doors and exchanged “soul cakes” and ale for prayers.

While there are many different origins of the modern-day celebration of Halloween, one of them comes from the Catholic tradition of “souling.” This particular custom was popular in Britain and Ireland in the Middle Ages and was maintained for many centuries.

According to a book of popular English Christian customs written in 1902, “souling” was done on “All Souls Eve,” prior to the celebration of All Souls Day on November 2nd, and was connected to praying for the souls in purgatory.

From the religious custom of PRAYING FOR THE SOULS OF THE DEAD, in olden England there sprang the popular custom of going a-souling…Whether the custom originated in collecting money wherewith to pay for Masses for the dead, is not known. But bands of children, or of old women, or of poor men, went round to the houses of the well-to-do on Souling Day, as they called it, begging money, apples, ale, or doles of cake. In some parts specially baked cakes were prepared in readiness to give away; they were called soul-cakes. The begging was performed by the aid of quaint rhyming ditties. In Salop the ditty used was: —

Souling times’ coming, so we are souling here
All we’re souling for is apples and good beer.

Another doggrell used was: —

Soul-day, Soul-day, Soul
One for Peter, and two for Paul;
Three for him who made us all.
Pray good people
Remember the poor.
And give us all a good soul-cake
For the blessed dead and charity’s sake.

In some instances this tradition was extended to “All Hallows Eve” as well, making “souling” a multiple day affair.

While local customs changed over the years and the focus on praying for souls in purgatory gradually diminished, the origin of souling had the eternal fate of souls in mind. This is connected to the Catholic beliefs surrounding the afterlife and how our prayers can have a spiritual effect on those experiencing the cleansing effects of purgatory.

The Church formulated her doctrine of faith on Purgatory especially at the Councils of Florence and Trent. The tradition of the Church, by reference to certain texts of Scripture, speaks of a cleansing fire…This teaching is also based on the practice of prayer for the dead, already mentioned in Sacred Scripture: “Therefore [Judas Maccabeus] made atonement for the dead, that they might be delivered from their sin.” From the beginning the Church has honored the memory of the dead and offered prayers in suffrage for them, above all the Eucharistic sacrifice, so that, thus purified, they may attain the beatific vision of God. (CCC 1031-1032).

Souling was originally connected to this belief, hoping to gain the support of the local community in praying for beloved family and friends. It reminds us how the Church is spiritually connected, both on earth and in Heaven and purgatory. Death ultimately cannot separate us, and we look forward to the day when we are reunited with our loved ones for all eternity.