The surprising works of art in Peru’s Cusco Cathedral

Much of its 16th-century art represents Catholic themes with Incan symbolism..

Nestled within the Peruvian Andes, the city of Cusco is famous for its archaeological sites and stunning mountain views. But not many travelers may know that is also home to one of Peru’s most ancient Catholic churches. Built between 1560 and 1654, the Cathedral of Cusco, formally known as Cathedral Basilica of the Assumption of the Virgin, is one of Latin America’s best preserved colonial buildings and was registered as UNESCO World Heritage Site in 1983. 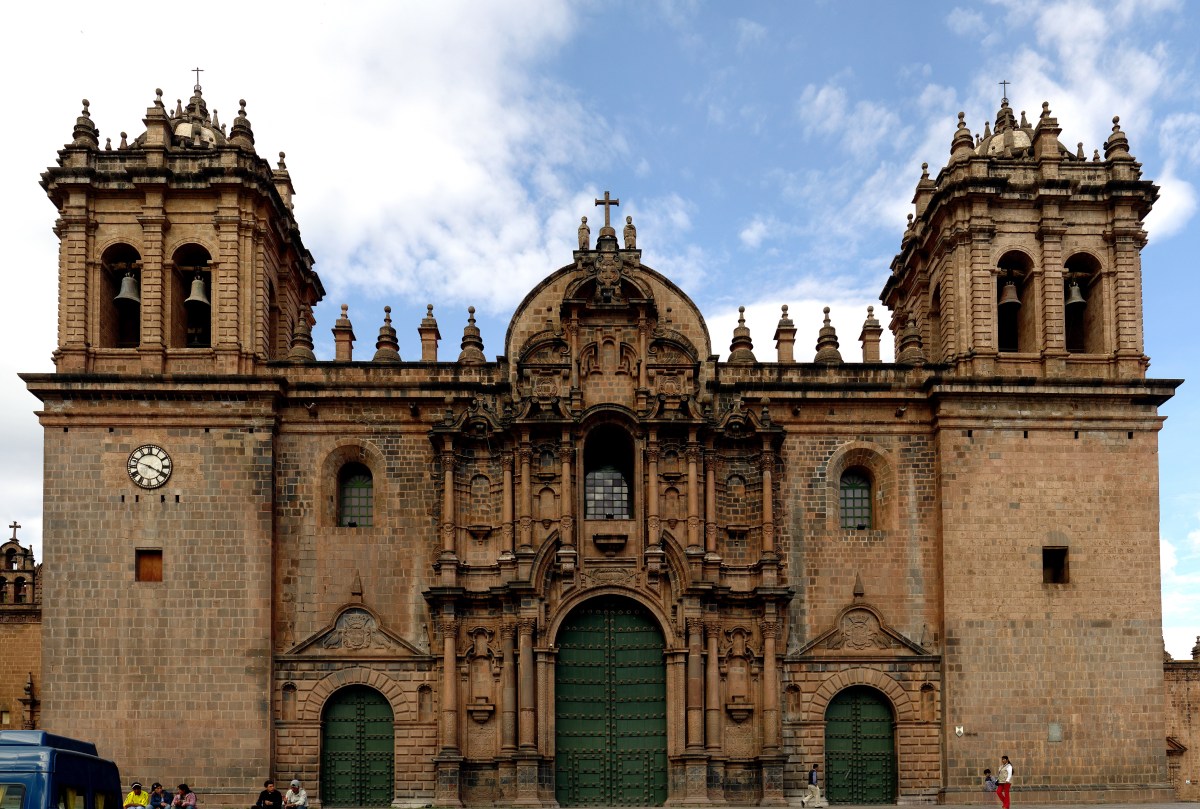 Built over a pre-existing Incan palace, it was designed by Spanish architect Juan Miguel de Veramendi according to Gothic-Renaissance style typical of 16th-century Spain. Its original outline, a  Latin cross structure featuring a three-aisled nave and 14 supporting pillars, was later supplemented by stone statues and engravings that included elements of Incan mythology, such as jaguars. Most of the stone used to complete the Cathedral was sourced and transported from a pre-existing Incan defensive structure, making the church an architectural hybrid of two civilizations.

The church’s sumptuously designed exteriors are matched by equally impressive interiors, where the brightness of gold engravings clashes with the dark tones of the supporting stone walls and columns. Large paintings of Cusco bishops dot the two naves as well as works of art from Cusco School of Art, started by the Spanish to teach Renaissance art to Quecha people in the 16th century. The most interesting pieces preserved are a painting of the Last Supper by Quecha painter Marco Zapata (1753) featuring a local chinchilla as a main dish, and a canvas of the Virgin Mary dressed with a skirt shaped like a mountain, an allusion to the Quecha goddess of Earth. Both works of art represent the high skill that was reached by local artists as well as the unique visual language developed by linking traditional Catholic themes with local symbolism.

The church’s original altar, located all the way at the back, features alder tree engravings while its new altar, currently in use, is made of embossed silver. Its north tower supports a heavy iron bell known as “Maria Angola” after a local enslaved woman who, according to a tradition, threw gold into the crucible where the bell was being crafted. Due to its impressive weight it can be heard from more than 20 miles away.

Today, the Basilica Cathedral of Our Lady of Assumption is one of the most visited sights of Cusco, together with Machu Picchu. Tickets can be pre-booked by ordering a collective ticket that allows access to all of Cusco Catholic sites, the so-called “Religious Circuit of Cusco.”