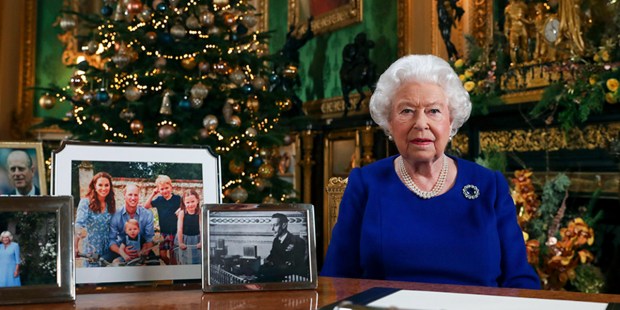 The reason is heartwarming.

Now that Epiphany has passed, many families have taken down their Christmas trees. However, Queen Elizabeth’s tree will stay up until February 6 — for a very poignant reason.

The Queen is currently staying at her private Sandringham house in Norfolk, on the east coast of England. It’s her little hideaway from life at Buckingham palace — although, when we say little, it’s still enormous by most people’s standards, standing on a 22,000-acre estate. It also happens to be one of the few properties actually owned by the Queen herself and not the state.

The Queen’s father, George VI, was particularly fond of the house, writing to his mother Queen Mary, “I have always been so happy here and I love the place.” So it is perhaps fitting that Sandringham is where the King died of lung cancer in 1952.

For the Queen, who was particularly close to her father, it must be bittersweet as it’s full of cherished memories and marks some momentous occasions in her life — both happy and sad. After all, it is at Sandringham where her grandfather also died, she took accession to the throne, and where she normally delivers her annual Christmas address to the British people.

It is also a place where she takes the time each year to mourn her beloved father’s passing. She stays at the estate over the Christmas period until after the anniversary of his death, and after her accession day on February 6. And while the sovereign is there, the Christmas decorations stay up.

While there are no exact explanations to the practice, the Christmas tree is possibly symbolic of a time when it was common for Christian countries to mark the Christmas season all the way to the feast of the Presentation of the Lord — Candlemas as it is also called. It also no doubt represents the happy times she spent there with her family, with her father by her side. Whatever the reasons, the tree is a beautiful tradition that represents faith and family.

Read more:
The spiritual inspiration behind this rare photo of Queen Elizabeth