Pakistan: Victim of forced conversion to Islam might testify in court—a first 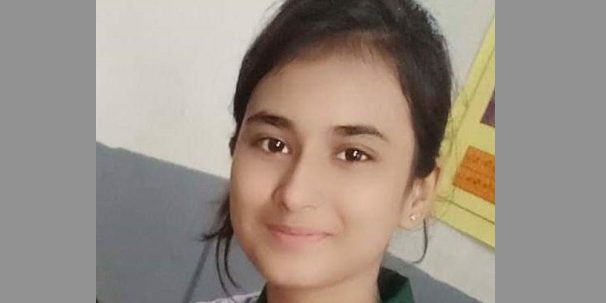 The Catholic girl’s appearance in court would powerfully recall the plight of many Christian girls who suffered the same fate, but never had their day in court.

A historic development may be about to happen in the case of Huma Younus, a Catholic girl who was abducted and forcibly converted to Islam last October. Tabassum Yousaf, the lawyer representing the 14-year-old Catholic girl, told Aid to the Church in Need (ACN) that the two judges of the High Court of Sindh province have instructed the police officer in charge of the investigation to present Huma in court at a hearing scheduled for Feb. 3rd, 2020.

It would be the first time ever that a victim of forced conversion is permitted to testify in court. Her appearance in court would powerfully recall the plight of many Christian girls who suffered the same fate, but never had their day in court.

Huma’s case has already produced two important firsts: it is the first case of forced conversion to Islam and forced marriage ever to come before a Pakistani High Court; and it is the first time that the Child Marriage Restraint Act has been cited in court. This is a law banning marriage with minors, which was introduced in 2014 in Sindh province but has so far never been applied.

“Until now no family has ever succeeded in seeking justice, because the Christians are poor and poorly educated and cannot afford to pay for legal assistance,” said Yousaf explained.

Nonetheless, it will not be easy to return Huma to her parents’ home, not least because of the corruption of the police and their apparent connivance with her abductors. “Just this morning (Jan. 16, 2020) in court,” her lawyer reported, “the officer in charge of the investigation reported that on Jan. 9 Huma had been brought before the court of first instance in order to sign a declaration stating that she was an adult.”

“Neither I nor her parents had been informed, and such procedures may not take place in the absence of both parties. It is clear that the police are helping her abductor.”

Her Muslim abductor, Abdul Jabbar, persists in claiming verbally that Huma is of adult age, but her parents have provided the court with two documents attesting to the fact that she is still a minor—one is a declaration from her school, and the other is her baptismal certificate, issued by the Catholic parish of St. James in Karachi. Both documents state the date of Huma’s birth as May 22, 2005.

“Our daughter is just 14 years-old. If you had a 14-year-old daughter who was going through all these things, what would you do? How much would you be suffering? Please think of our child as though she were your own daughter. Please help us!”

This article was first published by Aid to the Church in Need. For more information or to help ACN support persecuted Christians visit  www.churchinneed.org