The story of Asia Bibi, the Pakistani woman condemned to death for blasphemy 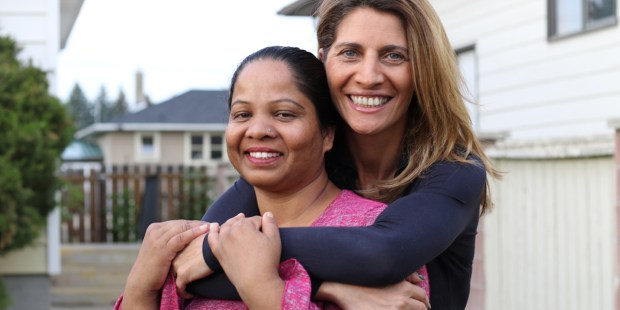 Anne-Isabelle Tollet, the French journalist who wrote a book about Bibi’s plight, talks to Aleteia.

It was just a few lines in an English-speaking Pakistani newspaper, but that’s all it took to change the course of history. It was November 2010. Asia Bibi, a young Pakistani Christian mother, was sentenced to death for blasphemy. Pope Benedict XVI expressed his “spiritual solidarity” with Asia Bibi and called for her fundamental rights to be respected. The sentence, as well as the swift reaction of the pontiff at the time, created a small shock wave in the community of journalists and correspondents present in the country, including French journalist Anne-Isabelle Tollet.

“I remember this moment perfectly,” she told Aleteia. “Just after my report, the Pakistani minister for minorities, Shahbaz Bhatti, came to see me and said, ‘I saw you talked about Asia Bibi, and that’s good because I’d like to talk about the situation more seriously: if there isn’t a big international mobilization, Asia Bibi is going to die.’” For almost 10 years, Anne-Isabelle Tollet was to become Asia Bibi’s spokesperson, fighting tirelessly for her liberation. On October 31, 2018, Asia Bibi was acquitted, and she was released from prison on the night of November 7.

Since she and her family had been threatened with death, she left Pakistan with her family six months later and went to Canada. Anne-Isabelle Tollet visited her in a secret location and met her in person for the first time after so many years. “I knew her husband, Ashiq, and her children well, but I hadn’t been able to see her in prison; I was always forbidden to see her,” she explains. “When I saw this little woman, alive and sparkling, I was very touched. It’s quite a lesson in courage that she gives us: she’s a fighter.” And she’s a free person, free at last. During their meeting, the two women decided to unite their voices once again. Anne-Isabelle Tollet shared her exclusive testimony in a book entitled Enfin libre! (“Finally Free!”) published in French on Wednesday, January 29, 2020. She gave Aleteia a behind-the-scenes look at it in this interview.

Aleteia: Why were you interested in the story of Asia Bibi?

Anne-Isabelle Tollet: In the aftermath of her condemnation in November 2010, Pope Benedict XVI spoke live from St. Peter’s Square in her favor. From then on, like all the correspondents in the area, I covered this news. The Minister of Minorities, Shahbaz Bhatti, introduced me to Asia Bibi’s family, who were hidden under his responsibility. I went to her village, met her accusers, the mullah … and I realized that it was a real conspiracy and absolutely not blasphemy. I made a first report on this, which was broadcast on France 2 at 8 p.m. But I was also touched by Asia Bibi’s family who were completely destitute. I realized at that time that the blasphemy law could be an absolutely formidable weapon. Every Pakistani citizen, whatever his or her religion, lived in terror of this law which could, based on a simple accusation, put a human being to death.

How was your meeting with Asia Bibi’s husband Ashiq and her children?

I met Ashiq at the home of the Minister of Minorities. He asked me to come one day and introduced me to Asia Bibi’s family. They were very destitute, and I saw that if we didn’t talk about their story, it was going to end as these stories often end: families are released into the wild, and murdered. As for Asia Bibi, she was in danger of death in her prison at any moment. I was outraged by this injustice and touched by their vulnerability.

Although you never were able to meet Asia Bibi during all the time she was imprisoned, you fought for her, to make her story known.

I tried to go and see her many times but was always forbidden to do so. I wish I could’ve met her but it didn’t change anything in the end. The stranglehold of fanatics and religious fundamentalism on Pakistani justice was against the law of the land. Asia Bibi became a symbol. I led this fight in the name of all the victims who lived in terror of this blasphemy law, upheld by religious fanatics. The case of Asia Bibi has become all the more emblematic in Pakistan since a Muslim governor, Salman Taseer, was assassinated on January 4, 2011, for defending her, but also the Minister for Minorities, Shahbaz Bhatti, who was assassinated by the Pakistani Taliban on March 2 for the same reasons.

What have been the major stages in these nine years of fighting for her freedom?

Nine years is a long time. It’s a long fight with relatively few twists and turns, a complex story that isn’t obvious to the media. Knowing the workings of the media, I knew when it would catch on, from what angle, what hook to use … I knew what to do to make sure there were echoes. There were articles in the press to publicize her story, two books, regular alerts to the international community so that Asia Bibi would not fall into oblivion and so that she could be protected in prison, so that she would not be murdered. I also wrote a letter with Ashiq, Asia Bibi’s husband, to thank Anne Hidalgo for making Asia Bibi an honorary citizen of the city of Paris—a letter that was widely covered by international media. It went round the world and put Asia Bibi back in the spotlight. During the ice bucket challenge, I launched the challenge “a glass of water for Asia Bibi” on social networks. In fact, it was this human chain that kept this story in the media.

On October 16, 2014, the Lahore Appeals Court confirmed Asia Bibi’s death sentence, and she made a final appeal to the Supreme Court of Pakistan.

After her second trial before the Lahore Appeals Court, she could’ve been hanged within two weeks. At that time, there was pressure on Pakistan from the media and the international community. In 2016, a resolution was voted in the European Parliament to financially sanction Pakistan if it did not respect human rights. Pressure was also applied through the media coverage of events such as the fact that several mayors have made Asia Bibi an honorary citizen. The last three presidents of France—Nicolas Sarkozy, François Hollande and Emmanuel Macron—have all picked up the phone to call their Pakistani counterpart to tell him that they were worried about the situation of Asia Bibi. This obviously put pressure on Pakistan, which has been closely watched by the international community and could not openly flout human rights.

What was the role of Pope Francis?

After [Asia Bibi’s] second sentencing, I read here and there in the press many calls for Pope Francis to speak out in her favor. When I read this, I thought, “My God, if Pope Francis says anything about Asia Bibi, we are cooked.” I took the liberty of writing to him to explain that it would be counterproductive because in Pakistan it would be seen as interference by the Catholic Church in an Islamic republic, and therefore it would be better for the good of Asia Bibi and for all Christians in Pakistan if the Pope did not speak out publicly. He heard this message very well, he received it very well, and he told me that this was a complex subject in which diplomacy had to be practiced even by him as a religious leader, and that in this case it was perfectly justified.

Scheduled for October 13, 2016, the appeal trial was eventually postponed to a later date due to strong pressure from religious fanatics. Finally, on October 31, 2018, she was acquitted and released from prison, and she left for Canada six months later. How did you feel?

[I felt] great happiness and I felt I had fulfilled my duty. Once Asia Bibi was free, she was able to be reunited with her husband and her children, who had been deprived of their mother for 10 years. I was also happy to show my children, who grew up with the story of Asia Bibi, that with tenacity, you can move mountains and achieve your goals even if it seems impossible.

You were finally able to meet her for the first time in Canada. How did that make you feel?

After 10 years you end up wondering if she really exists! I was moved and a little intimidated: I saw for the first time the person for whom I had become the spokesperson. But what a joy to see this little woman, alive and sparkling! I was even happier to see what a fighter she was: she wasn’t worn out by those ten years in prison, and she didn’t feel sorry for herself. She’s a militant woman, a fighter.

How is Asia Bibi?

She has a sort of natural authority. At home, she’s the boss: you sit down at the table when she decides to sit down. But she’s also very funny: without speaking the same language, we laughed a lot about small situations that would make some people smile but which make her laugh out loud. She’s also lively and intelligent. She’s gained a lot of perspective over all these years and is able to see who really helped her and who used her for selfish political gain. She’s very clear-headed. Asia Bibi is sad to have left Pakistan but she wants to continue to be a spokesperson for all the people unjustly accused of blasphemy, especially Christians. And there are still many: shortly after she left prison, a new Christian, Kausar Shagufta, a mother of four children aged between 5 and 13, replaced her in her cell. She was sentenced to death for blasphemy. According to the imam of a local mosque, she and her husband sent text messages in English insulting the Prophet. Facts that are all the more unimaginable because they are both illiterate. Yes, there’s still a lot of work to be done!