Exclusive photos: The world celebrates those consecrated to God

The World Day of Consecrated Life, celebrated on February 2, is another powerful legacy of Pope St. John Paul II.

“Truly there is great urgency that the consecrated life show itself ever more ‘full of joy and of the Holy Spirit,’ that it forge ahead dynamically in the paths of mission, that it be backed up by the strength of lived witness, because ‘modern man listens more willingly to witnesses than to teachers, and if he does listen to teachers, it is because they are witnesses,'” proclaimed Pope St. John Paul II in his homily on February 2, 1997, on the Feast of the Presentation and the dedication of the 1st World Day of Consecrated Life, some 24 years ago.

The fact that the sainted pope chose the Feast of the Presentation as the day to celebrate consecrated life was no coincidence, as he stated in his message for the day, “The Virgin Mother who carries Jesus to the temple so that he can be offered to the Father, expresses very well the figure of the Church who continues to offer her sons and daughters to the heavenly Father, associating them with the one oblation of Christ, cause and model of all consecration in the Church.” 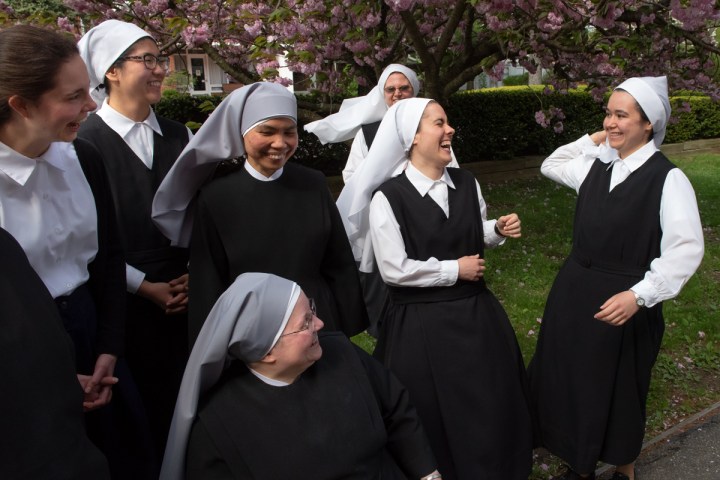 Consecrated life comes in many forms, from those who are immediately recognizable by their exterior habits, to those who have chosen with the Church’s approval to live in states of perpetual chastity for the sake of the Kingdom, but who often don’t bear an outward symbol of their calling.

As John Paul II had instituted World Youth Day and called for a “New Evangelization,” he set aside this day to recognize, celebrate, and lift in prayer those who are discerning or have embraced Christ’s gift of this special grace. With it, he set in motion a renewed call to holiness for all.

There is an emergence of a new vibrancy in religious communities around the globe. Places such as Africa, Scandinavia, and even New York have all seen growth, which can only be attributed to the prayers poured forth for the renewal of the Church.

The beauty, devotion, and virtue that are inherent in the consecrated life are among the most powerful forms of witness in a culture that’s all too often torn apart by division and hatred. Anyone who has encountered a person consecrated to Christ can attest to this.

So in keeping with St. John Paul II’s wishes, let us keep those who dedicate themselves to this life in prayer, that they might fulfill His will and be the beacons of light in a world full of darkness.

“I trust that this World Day of prayer and reflection will help the particular Churches to treasure ever more the gift of consecrated life and to be measured by its message… May the Virgin Mary, who had the sublime privilege of presenting to the Father his only begotten Son, Jesus Christ, as a pure and holy oblation, obtain for us that we may constantly be open and welcoming in face of the great works which He does not cease to accomplish for the good of the Church and of all of humanity.” Pope St. John Paul II

Special thanks to the Sisters of the Immaculate Heart of Mary for organizing the quotes that accompany the images in the slideshow.