Raphael’s tapestries of Apostles are returning to the Sistine Chapel

The 10 tapestries, depicting the life of Saints Peter and Paul, will be on display for one week for the 500th anniversary of the great Renaissance painter.

Ten tapestries designed by the great Renaissance master Raphael will return to their original home in the Vatican’s Sistine Chapel to commemorate the 500th anniversary of the painter’s death. The tapestries depict the lives of Sts. Peter and Paul, and will be on display for one week only, from February 17-23, 2020. 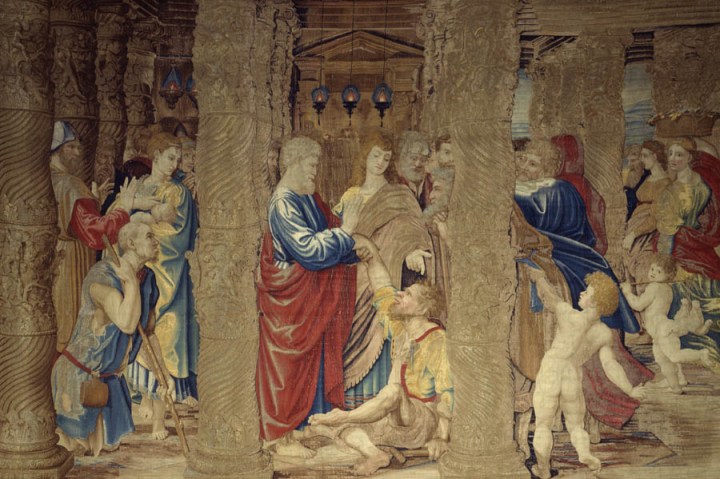 Tapestries were woven in Brussels based on Raphael’s “cartoons”

In 1515 Pope Leo X commissioned Raphael (Raffaello Sanzio da Urbino) to design the tapestries, while the artist was working on St. Peter’s Basilica, completing frescoes for the Vatican’s Stanza della Segnatura (also known today as the Raphael Rooms). Raphael’s designs or “cartoons” were then sent to Brussels, where, over a period of four years, the tapestries were woven out of silk, wool and gilded silver thread.

The 10 “Acts of the Apostles” tapestries are usually kept in the Vatican’s Pinacoteca art gallery, and will be hung at eye level in the Sistine Chapel for the week they are on exhibition. The last time all 10 tapestries were displayed together was for a week in 1983 on the occasion of the 500th anniversary of Raphael’s birth.

The first of the tapestries was hung in the Sistine Chapel in 1519, but all were stolen in 1527 when mercenaries of the army of Charles V, the Holy Roman Emperor, captured Rome. The mutinous soldiers had decided to sack Rome over unpaid wages owed to them for their service during the Italian Wars.

To celebrate the 500th anniversary of the painter’s death, Rome is hosting an exhibition of more than 200 of Raphael’s paintings at the Scuderie del Quirinale from March 5 to June 2.