This missionary saved seven children from drowning, then died of exhaustion

The beatification process has begun for the heroic man who gave his life for the children in his care.

The province of Cadiz, Spain, is popularly known as a party destination for tourists and celebrities. But now it also will be known as the hometown of a saintly man, who gave his life to save the children entrusted to his care.

As a young man from the town of Chiclana, in Cadiz, Pedro Manuel Salado was inspired to undertake a journey and cross the Atlantic to bring God to other people. Born in 1968, he was a restless boy who liked music. Since childhood, he was involved in the activities of his parish and school. 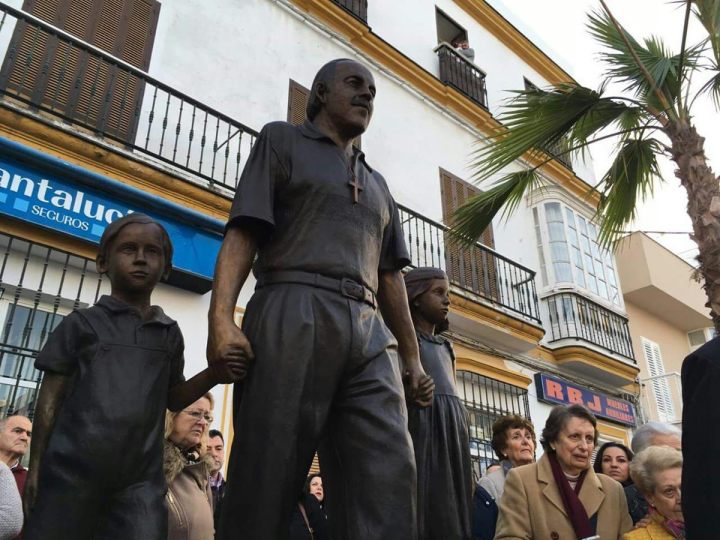 Salado sang in the choir at the parish of St. John the Baptist; then he learned guitar and played at the Masses held at a pastoral center called the Home of Nazareth. His spiritual restlessness led him to become a catechist and to give himself to others more and more every day.

He was invited to travel to Taizé (an ecumenical religious community in France), and that was a turning point for him. There he discovered his missionary vocation. In 1990, at the age of 22, he consecrated himself to God.

The most wonderful adventure of his life

After that, he came to see the beaches of Cadiz as a port from which to embark on the most wonderful adventure of his life, that of being a missionary in America. But before that, he was a missionary also among those of his own land, which is why he lived in the Home of Nazareth in Cordoba until 1998.

In love with Ecuador

When he was 30 years old, he was assigned to be a missionary to Ecuador. There, death was waiting for him, but he would leave a lasting mark on the world.

“He was a great worker”

Quinindé, in the province of Esmeraldas, Ecuador, amazed Pedro with its beauty. Ecuador held beaches and lush vegetation, full of color and life, and plants and animals that he had never seen before.

The population, on the other hand, needed help to get by. Many children had no opportunity even to learn how to read and write. To help provide for their needs, Pedro Manuel built the Home and School of the Holy Family of Nazareth in Quinindé.

He worked hard with the children so they could receive moral and spiritual education. Another missionary, Manuel Jiménez, says he was “a shy person, full of humility, and a great worker.”

A hero without trying to be one

Pedro Manuel died giving his life for others.

On October 12, 2012, the cause for the beatification of Pedro Manuel Salado was opened in the bishopric of Cordoba, Spain. In Chiclana, his hometown, a monument commemorates his life and work. He is depicted holding hands with a boy and a girl, walking together.

On both sides of the ocean, this missionary’s legacy has not died with him, but continues to grow as his is a story of self-sacrifice to bring souls to Christ.

Read more:
Italian dad working in the subway shows what being a superhero is all about

Read more:
3 Inspiring Catholic heroes who gave it all