A little sign that Christ is close, even in times of social distancing 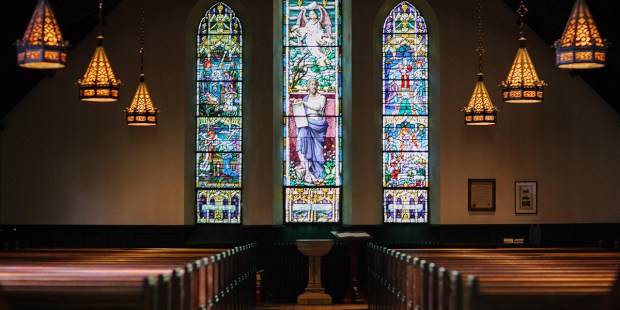 The Diocese of Brooklyn has announced an expanded broadcast schedule of 14 Masses per week, celebrated in seven languages: English, Spanish, Polish, Chinese, Korean, Creole and Italian.

This comes after the halt to public Masses throughout the NYC area due to the coronavirus.  Two priests of the Diocese of Brooklyn have tested positive for the virus.

“The celebration of Mass in so many languages reflects the diversity of our city and a reminder that even during a time of social distancing, Christ and His Church are very close to us,” said Reverend Monsignor Kieran E. Harrington, vicar for Communications for the Diocese of Brooklyn.

The Masses can be viewed live on the Diocese of Brooklyn’s cable channel, NET-TV, or online on the diocesan website.

The Sunday schedule, between 8 a.m. and 3 p.m., includes the broadcast of seven Masses celebrated in all seven languages.

The weekday schedule, between 8 a.m. and noon, includes seven Masses in all seven languages.

Churches throughout the diocese remain open for individual prayer, Confession, and Adoration. See the website for locations and times.

Read more:
As members of a universal Church, we can’t be overly tied to geography