Over a third of young adults see increase in faith since pandemic, survey finds 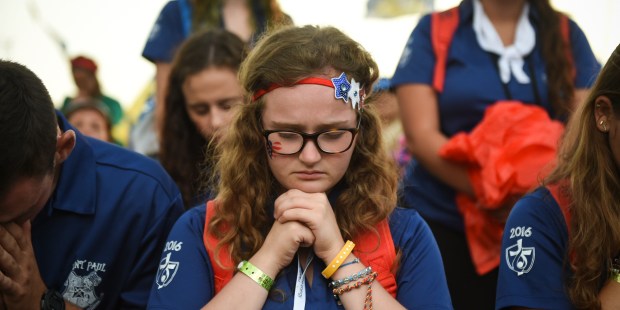 But sadly, over half say they suffer from loneliness.

A third of young adults responding to a survey (35%) reported an increase in religious faith during the pandemic of the novel coronavirus. And nearly half (47%) reported that their level of faith has remained the same during the crisis.

Seven out of ten respondents to the survey who watched an online service say that interacting with people, even virtually, makes them feel more connected. Yet, nearly half of these respondents report feeling isolated because no one has reached out to them individually.

The survey of 1,000 young people 13-25 resulted in publication by the Springtide Research Institute of Bloomington, Minnesota of “Belonging: Reconnecting America’s Loneliest Generation.”

Following that study, Springtide interviewed 508 young people 18-25, and found that for many young adults, shelter-in-place and social distancing provokes fear and uncertainty, leading to increased levels of isolation, loneliness, and anxiety. The institute found that the single most important way to mitigate loneliness is for trusted adults to reach out and connect.

Yet less than 1% of adults who reached out to young people were clergy or faith leaders. The most common connection was family and friends (89%), followed by teachers/professors (5%), and bosses (2%).

“Despite churches, religious or faith communities providing online rituals and virtual spaces during this time of social isolation, the survey found that what mitigates the experience of loneliness for young people is the act of caring adults checking in and connecting with them,” a press release said.

“Reach out to the young people in your community and ask them how they are,” said Dr. Josh Packard, Executive Director of Springtide Research Institute, a sociological research institute listening to the inner and outer lives of young people ages 13 to 25. “That is the singular most important way to reduce feelings of loneliness and isolation during social distancing and beyond. Young people need to be noticed, named, and known to feel that they belong to your community.”