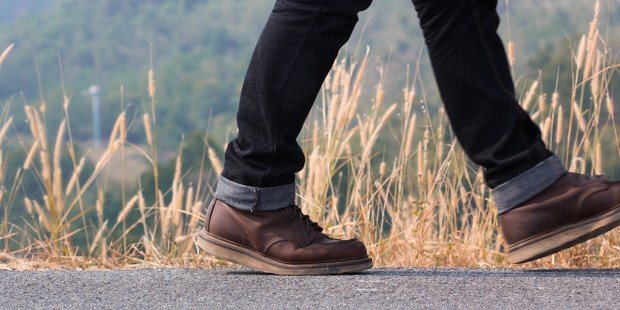 This is an excellent way to stay healthy and reverent in isolation.

A retired Irish doctor is raising money for the charity Trócaire by completing a virtual portion of the Camino Francais. Martin McMullan, 57, will walk the length of his own driveway over and over to cover the distance, all the while following a map of the course to keep track of where he would be on the actual pilgrimage.

The Irish News reports that McMullan was forced to retire seven years ago due to a diagnosis of incurable blood cancer. In an effort to stay active, he joined his church’s ‘Rambling Retirees Walking Club,’ a walking group that travels all over Ireland and was planning a summer pilgrimage on the “Irish Camino,” which stretches around the Boyne Valley. When these plans were struck due to the world isolation, McMullan came up with the idea to go virtual. He told the news outlet:

“It was a throwaway comment during a Zoom call to my siblings, when I said `Instead of getting me a present for my birthday, I might do the next stage of the Camino on my driveway and you can sponsor me.'”

McMullan measured his driveway to find that five laps roughly equaled a mile and then he began plotting his virtual course. He said that he will be covering the portion of the Camino from Logrono to Burgos and expects to walk 30km per day. The Belfast Telegraph notes that in order to lend a bit of authenticity, his wife will run a virtual cafe when he reaches the distance where his rest stops should be. He told them:

“I know the scenery might be a little different, and probably repetitive, but I want to make this as close as possible to the real thing. If it rains, it rains, I’ll just keep on walking.”

As is tradition for pilgrims on the Camino, McMullan has chosen a charity to raise money for through his efforts. He started a fundraiser with the goal of supporting the Irish charity Trócaire with £500, but his story has drawn generous parties to donate over £12,000 (almost $15,000) at the time this article was written. He wrote on the fundraiser page:

I realize that times for many are difficult and you may not be in a position to donate. I totally understand. I intend to match the first £100 of donations myself as obviously I am saving money on airfares etc!!

The fundraiser is still open for more donations. If you’d like to make a contribution, visit the fundraiser page, where McMullan has promised to leave updates after each day of his virtual adventure.