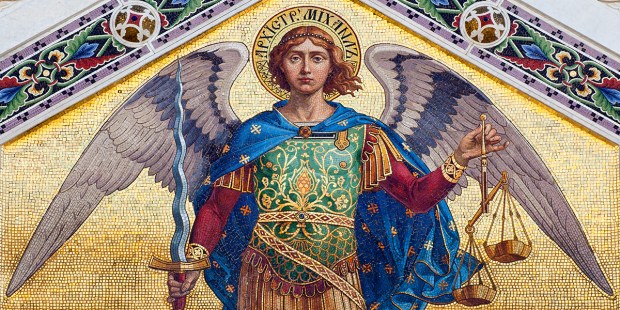 Ask for God’s angelic commander to guard you and your family from both spiritual and physical danger.

St. Michael the Archangel has been widely known for his angelic protection, both physical and spiritual. Numerous Christians have invoked his heavenly aid over the centuries, and many miracles have occurred through his intercession.

He was frequently called upon during the deadly medieval plagues and most recently was invoked in Monte Gargano at the site of an ancient apparition for protection against COVID-19.

Read more:
This Italian town raised the sword of St. Michael the Archangel as protection from COVID-19

Here is a prayer from the Raccolta that asks for St. Michael’s protection against any illness or evil, recalling his role as heavenly guardian and commander.

Michael, glorious Prince chief and champion of the heavenly host, guardian of the souls of men. conqueror of the rebel angels, steward of the palace of God, under Jesus Christ our worthy captain, endowed with superhuman excellence and virtue, vouchsafe to free us all from every ill, who with full confidence have recourse to you; and by your incomparable protection enable us to make progress each day in the faithful service of our God.