After the lockdown: Where Catholic Masses will be publicly celebrated 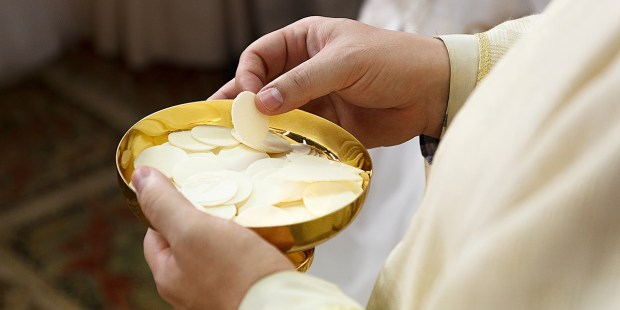 As societies begin to reopen, some churches resume public celebrations.

As nations around the world begin to see the curves flattened in the fight against the COVID-19 pandemic, authorities are beginning to allow the public celebration of Masses again.

When the novel coronavirus that causes COVID-19 began to be seen as a serious threat, many houses of worship, recognizing that people in attendance are often in close proximity of one another and that many are older and at greater risk, began issuing warnings against shaking hands during the ritual “Sign of Peace” or partaking of Communion from the chalice. Then, bishops, sensing that a greater threat was at work, began to issue dispensations from the Sunday obligation to attend Mass for the elderly and those who are ill, and later for the general population.

Finally, whether the bishops decided on their own or civil authorities required them to do it, they began to issue decrees that priests should continue celebrating Mass, but that no congregations may be present.

Now, those edicts are beginning to be lifted. In most cases, the new allowances come with restrictions: each Mass can be attended by a certain number of people, depending on the size of the church, to allow worshipers space to “social distance.” Other requirements include wearing face masks, sanitizing churches after each Mass, and receiving the Communion wafer on the palm rather than directly on the tongue. The elderly, the sick and other at-risk people are requested to stay at home.

In the United States, Archbishop of Allen H. Vigneron announced this week that churches in the Archdiocese of Detroit will resume public Masses on May 19.

“I write today to share some measure of hope during this difficult time of pandemic and social distancing,” Archbishop Vigneron stated. “In recent weeks, we have watched with relief as our State of Michigan gradually opened to select businesses and activities, with prudent precautions firmly in place to prevent a severe ‘second wave’ of the coronavirus pandemic. In keeping with this gradual reopening of our society, it is necessary that we make similar arrangements within our local Church to allow once again for the communal celebration of Holy Mass, which at its core is the most ‘essential’ activity known to our world.”

Vigneron issued a set of liturgical directives for the period of reinstating public Masses. He said the directives “will need strict adherence for all public liturgies, including weddings, funerals, and baptisms.”

“The Mass you may attend in the weeks ahead will look and feel quite different from the Mass you remember from two months ago,” he said. “It will be imperative for all of us — pastors, parish staff, volunteers, and all the faithful — to work together during these times. The pandemic is not over and safety precautions must be followed in order to promote the continued health and safety of everyone in our community.”

The directives stipulate that:

Persons older than 65, with a compromised heath condition or caring for the sick in any way, are encouraged to stay home, and anyone who is ill, has a temperature, cough, etc., should stay home, the directive said.

Additionally, the directives said, “health experts indicate that singing produces 6 to 10 times more droplets from our mouths than recitation. Keeping singing for the assembly to a minimum is advised and the congregation should not remove their masks to sing.”

Archbishop Vigneron renewed the dispensation from the Sunday obligation to attend Mass through Sunday, September 6.

In Kentucky, Louisville Archbishop Joseph E. Kurtz wrote in a May 11 letter that all churches that can open safely by May 20 should do so and that the faithful may be present at Mass.

Several other dioceses have already begun holding Masses with congregations again, including the dioceses and archdioceses of: