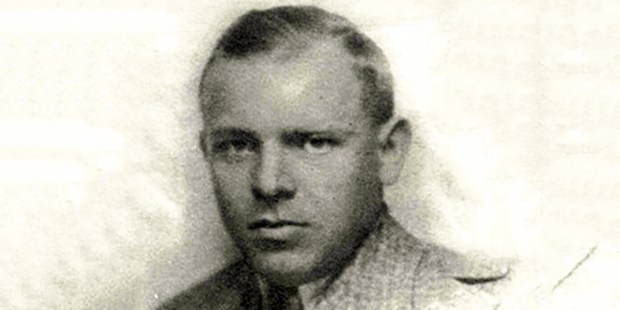 Edmund Wojtyła risked his life as a doctor during a scarlet fever epidemic and died after treating a patient.

St. John Paul II experienced a great amount of suffering throughout his childhood. First he lost his mother when he was nine years old, and then he lost his only brother, Edmund, a few years later.

Edmund Wojtyła was a medical doctor, and his example of selfless love had a lasting impact on his younger brother.

Read more:
This is the daily schedule John Paul II had as a teenager

Edmund received a medical degree from the Jagiellonian University in 1930. In 1931 he began work as a physician in the State Hospital in Bielsko and was a devoted doctor.

At the time there was a scarlet fever epidemic, but despite the risks to his own personal health, Edmund continued his practice, putting himself in danger.

According to Alessandro Gisotti at Vatican News, Edmund is remembered as a Good Samaritan.

Edmund was himself a doctor, serving in Poland, who gave his life treating a young girl with scarlet fever – a disease for which, at the time, there was no vaccine. The young doctor knew the possible consequences, but like the Good Samaritan, he did not count the cost to himself, but was concerned only to care for those in need. As the future Pope recalled many years later, Edmund’s death was a shock for him, not only because of the dramatic circumstances that surrounded it, but also because Karol had grown more mature since the death of his mother. The example of his brother’s “martyrdom to duty” remained engraved on Karol Wojtyła’s memory forever.

Edmund died at age 26, having a profound impact on John Paul II, showing him what it means to sacrifice one’s life for the good of others.

It should not be surprising that throughout his entire pontificate and priestly ministry, John Paul II made it a specific priority to visit hospitals and the elderly. For example, John Paul II frequented the Gemelli Hospital in Rome during his pontificate both as a visitor and as a patient. He even jokingly called the hospital his third papal residence, “Vatican III.”

John Paul II maintained a great admiration of health care workers for the rest of his life and always lifted them up wherever he went.

Read more:
John Paul II urged the sick not to be pessimistic