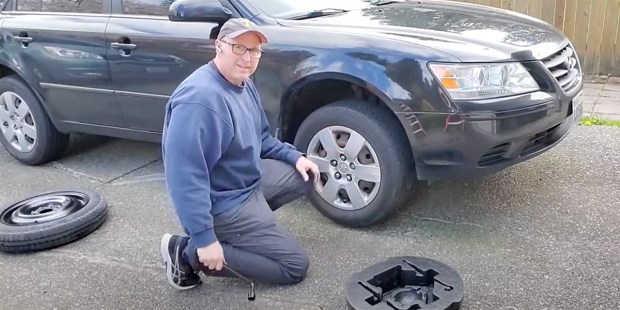 Rob Kenney’s painful past and his own search for God has enabled him to help others with absent parents.

Rob Kenney’s dad abandoned him and his seven siblings when he was just 14 years old. At a time when he was on the path to young adulthood, he had no father to guide him on the way. In an interview with Shattered Magazine, Kenney not only explains his heartbreaking experience as a young boy, but how seeking out God when his own marriage was in difficulty enabled him to forgive his dad just before his dad died in his 80s.

Now, with a wife of 29 years and two successful adult children — Kristine, 27, who works with kids, and Kyle, a software engineer — Kenney wants to pay it forward.

“My goal in life was to raise good adults — not good children, but good adults,” he explains.

The fact that his kids have both grown up and left the house left him thinking how he might help others. Quarantine was actually the perfect time for him to finally share some basic essentials for other kids who might be growing up in difficult circumstances — maybe they’ve lost a parent or have parents who are absent.

So the devoted dad set up a heart-warming YouTube channel called “Dad, How Do I?” — a channel that shares essential skills, from tying a perfect tie knot to the less glamorous, unclogging a sink.

“I want it to be about everyday tasks, but I also would like to pass along some of the wisdom I’ve learned along the way to encourage people,” adding, “I thought I was just going to be showing people how to do stuff, but it’s kind of resonating on a whole different level.”

His positive practical tips have really touched his audience, which is growing by the day. With 1.9 million subscribers, Kenney is getting to share his “practical ‘dadvice’ for everyday tasks” with more people than he expected. The amateur DIY dad is overwhelmed by the response and released a “thank you” video that notched up 1.4 million views, in which he explains how emotional he feels by the positive response he’s received.

Kenney’s message of thanks is delightful: He doesn’t assume his tips are the best, and he’s aware of the many other sources online. He also recognizes his own failings as a father, and the importance of seeking forgiveness. And before ending on a corny dad joke, he expresses the need to just be kind to each other.

Rob Kenney is just what the internet needs — a positive, practical and caring dad who wants to share his skills. It’s no surprise that he’s garnered so many subscribers, fans, and positive messages in return.

NGL seeing this brought me to tears. My dad walked out on me when I was 11 and barely taught me anything. This is so damn sweet it's overwhelming I want to give this man a hug.

The incredible success of Rob Kenney’s videos demonstrates the need for a positive father figure in a child’s life, and now millions of kids who’ve not had that experience can benefit from this thoughtful, kind and good-humored dad.