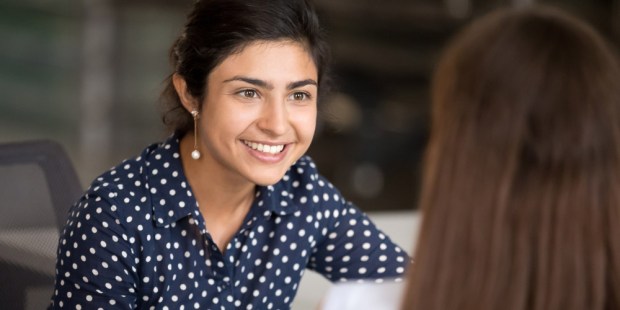 Online forum brings women spiritual renewal and focus, so that they can transform the world around them for the better.

When the first GIVEN Forum was held in 2016, it was supposed to be a one-time event. But that was before its organizers witnessed the incredible impact it would have.

That first one began when Pope Francis called for a Year of Consecrated Life in 2015, when “a collaborative body of consecrated women religious in the United States answered the call to share the unique gifts of women’s leadership in the Church and the world,” said Rachel Harkins Ullmann, Executive Director of The GIVEN Institute.

At that time, the Council of Major Superiors of Women Religious (CMSWR) “sought to intentionally share their feminine genius with young adult women” across the United States, Ullmann said. They planned and hosted the inaugural GIVEN Forum in 2016, called The Catholic Young Women’s Leadership Forum.

The event was a huge success, bringing about positive change even after the gathering ended and the participants returned home. “The impact of the faith formation, leadership training, and dedicated mentoring upon the lives of the 300+ women in attendance needed to be replicated,” Ullmann said. So the religious sisters decided to separately incorporate The GIVEN Institute in 2018 with its own mission: “to help women discover the gift only they can give.”

Since then, GIVEN has hosted additional Leadership Forums, launched the Art of Accompaniment Mentoring Program, and continued to invite women to join the wider GIVEN Network of Catholic female leaders, both lay and religious.

Now the popular leadership forum is open to women all over the world, in a special five-day online event called Discover the Gift, taking place June 10-14, 2020. The annual Catholic Young Women’s Leadership Forum was meant to take place in Washington D.C., bringing together 113 young adult women from 32 states and 4 countries, but due to the pandemic, GIVEN staff chose to postpone the in-person Forum and host an online event as a “taste” of GIVEN programming.

Discover the Gift is open to women of all ages, anywhere in the world, Ullmann said.

“Women in any season in their lives, regardless of geographical location, now have the opportunity to participate in a GIVEN event live and are able to encounter an incredible network of Catholic female leaders. The purpose of Discover the Gift is to help women receive the gift that they are, realize the gifts they have been given, and then to respond with the gift only they can give. We will do this through showcasing keynote speakers, leadership training tips, prayer opportunities, and networking. And all of this is free due to the generosity of our donors!”

As women around the world weather a devastating pandemic that has predominantly impacted female jobs, the timing could not be better to retreat a bit from the daily hustle and bustle to spend time reflecting and refocusing efforts.

“This event intentionally incorporates times throughout the day for prayer and reflection, including livestream morning prayer and Compline from religious sister convents across the United States,” Ullmann said. “To be able to enter into a deep spirit of contemplative and intercessory prayer is critical at this moment in our history.”

Reflecting on the timeliness of this event, Ullmann recalled the prophetic words of Pope Paul VI in 1965:

“But the hour is coming, in fact has come, when the vocation of woman is being achieved in its fullness, the hour in which woman acquires in the world an influence, an effect and a power never hitherto achieved. That is why, at this moment when the human race is under-going so deep a transformation, women impregnated with the spirit of the Gospel can do so much to aid mankind in not falling.”

During such a difficult time in recent history, there is immense need for women to live out their spiritual motherhood to the fullest, with both the warm compassion and righteous fierceness motherhood implies. “The pain and suffering so many are facing need the maternal love of women to be able to achieve healing and peace,” Ullmann said.

The event being moved online this year makes it accessible to many more women. As the event is a catalyst for good in their lives, hopefully their inner renewal will bear fruit that transforms the world around them as well. Ullmann said, “We pray that this event will activate women in every vocation and profession in life to be able to use their gifts at the service of the Church and the world.”

Read more:
How the feminine genius can save the world