The “urban shrines” where Catholics in Naples, Italy, stop to pray

The Italian city is known for street shrines honoring the Madonna and local saints.

When we think of Naples, the dramatic Amalfi coast or the erupting Mount Vesuvius may come to mind. But for Catholics, Naples is a special place because citizens can pray on almost every street corner. 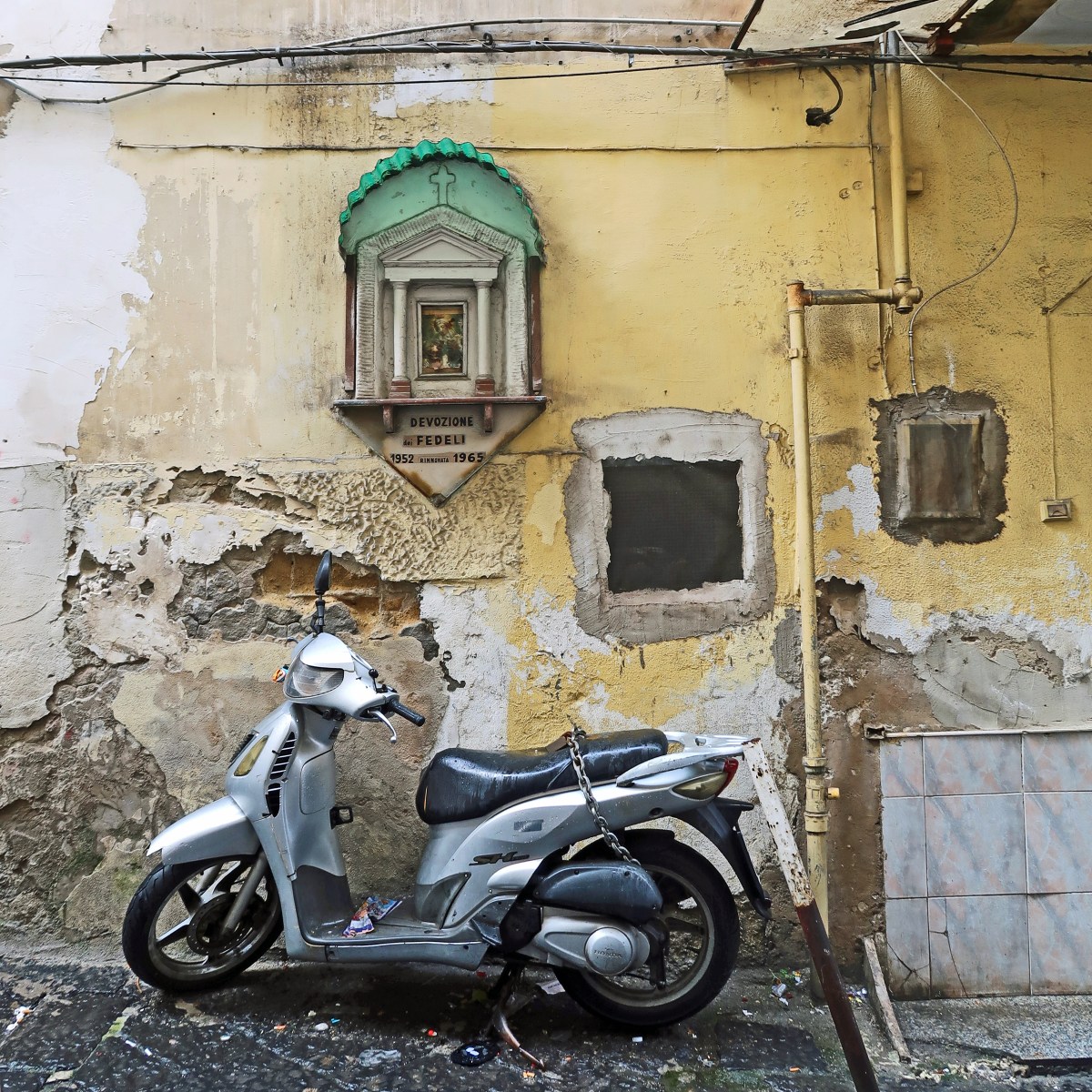 From the Spanish Quarter to the Sanità neighborhood, you will find that buildings or internal courtyards often host “edicole votive,” literally “votive shrines,” a series of small concave structures that house Catholic statues, from the Madonna to St. Januarius, patron of Naples. Each votive shrine has inscribed on it the date on which it was erected and the reason for its creation (gratitude, a vow etc.). Far from being just part of the landscape, they are lively places of worship, with passersby stopping to light candles or leave fresh flowers.

Why are these “urban shrines” so popular in Naples? According to one popular explanation, Naples’ votive shrines are the brainchild of Gregorio Maria Rocco, an 18th-century Dominican friar known for his fight against poverty in the city. In the mid-18th century, Rocco was looking for a way to make the streets of Naples safer at night. He thought that encouraging the creation of oil lamp-lit shrines could turn streets into places of worship, and drive away petty thieves. Neapolitans, known for their respect and devotion for different saints, were happy to follow his advice. They made use of concave spaces in buildings and transformed them into sumptuously decorated shrines. At night these shrines were lit by oil lamps, providing much needed street illumination. Soon enough, the streets of Naples were illuminated by these Catholic shrines, and street crime decreased — perhaps because of the light or because of spiritual intervention.