A founder of the United States we should know better 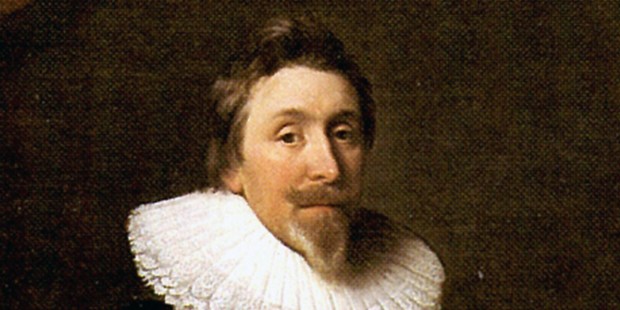 George Calvert intended to found the colony of Maryland, a legacy carried out by his son.

George Calvert, the first Baron of Baltimore, ought to be more widely known as a Catholic founder of the United States.

Born just 40 years after the excommunication of King Henry VIII, Calvert himself has a storied past and political career. Although raised in a Catholic home, Calvert discarded the faith to pursue university studies and to advance in the King’s favor. Having taken an oath of allegiance (required by law), he was married in the Church of England, where his children were also baptized. At one point, he served on an investigatory committee to Ireland, which advocated for further religious compulsion and the suppression of Catholic schools.

James’s successor, Charles I, made it clear that he would not afford Calvert due esteem. Consequently Calvert resigned from his post (he had been one of England’s secretaries of state) and converted to Catholicism.

Devotion to his reclaimed faith, and a desire to grow his nascent fortune, led Calvert to turn his hopes to the New World. However, he found in England’s young colonies the same penal laws and raw opposition to Catholicism that he had known in England.

It was then that Calvert turned to Charles I and asked for a charter to found a new colony.

Calvert died two months before his charter was granted. His son, however, took up his father’s mantle and established a colony, Maryland, where all religious men could practice the faith of their conscience.

The tale of the Baron of Baltimore is just one example of the devotion of American Catholics, from the outset, to the cause of religious liberty. The United States has a storied, but proud, history of religious freedom, one that must be known and treasured today.

These rights, which include the right to worship publicly, to educate our children and our fellow citizens according to the dictates of conscience, to serve the poor and vulnerable, belong to the fabric of our religious freedom.

These rights have been contested throughout the history of Catholic America. Whether we’re considering the intolerance Calvert found in Virginia in 1629⁠—which prompted him to seek a charter to found his own colony⁠—the anti-Catholic efforts of the Know Nothing “nativist” party, which persecuted Catholic immigrants in the 1850s, or the Klu Klux Klan of the 1920s. which claimed Catholics and Jews were un-American, American Catholics have consistently argued for religious tolerance and freedom.

Such has been the promise of our nation. The First Amendment to The Constitution guarantees that “Congress shall make no law respecting an establishment of religion, or prohibiting the free exercise thereof.”

Since George Calvert, Catholics have sought this refuge in the United States. Tired and worn, Catholics have arrived on American soil looking to worship God and serve the common good by our way of life.

The Statue of Liberty offers such a promise. Standing guard over New York Harbor, she declares, “Give me your tired, your poor, / Your huddled masses yearning to breathe free, / The wretched refuse of your teeming shore.”

With all the freedoms found in the United States, the greatest freedom is undoubtedly the freedom to believe. In the end, it is only faith that allows the troubled soul to breathe free.

That freedom, found in Christ, is the rest tired hearts long for. Today, Jesus promises that true freedom in the Gospel, saying, ““Come to me, all you who labor and are burdened, and I will give you rest. Take my yoke upon you and learn from me, for I am meek and humble of heart; and you will find rest for yourselves. For my yoke is easy, and my burden light.”

May the United States always offer the freedom the first Baron of Baltimore sought.