Asphyxiation: The main cause of death by crucifixion

A new study of the only known remains of a crucified man paints a different picture of the Roman execution method.

In 1968, archaeologist Vassilios Tzaferis excavated the remains of a man who was crucified; it was the first discovery of its kind and a valuable subject for historical study. At the time, analysis of the remains, conducted by Nico Haas of Hebrew University-Hadassah Medical School in Jerusalem, led experts to conclude that actual crucifixion was different than depicted in traditional artistic representations: the arms appeared to have been nailed to a cross beam, but the body seemed to have been in a squatting position, with legs bent and a single nail driven horizontally through both heels at either side of the cross.

Now a new study of the remains by Joseph Zias and Eliezer Sekeles, of the BAS Library, suggests that the initial examination had misidentified several indicators on the remains. The academic article, “Scholars’ Corner: New Analysis of the Crucified Man” by Hershel Shanks, explains that the nail that was believed to have been driven through both of the man’s heels at either side of the cross was too short to have made it all the way through. This suggests that the Roman crucifixion method required the use of two nails to fasten the heels of the condemned to the vertical beam.

Read more:
Walk where Jesus walked, in the days before his Crucifixion

The report goes on to note that there is no evidence present to suggest that nails were driven through the arms onto the cross beam. Shanks reveals that it was most likely that ropes — a precious commodity in the region –were used to bind the man’s arms to the wood.

He further suggests that the wood may have been saved for reuse in subsequent executions and that the vertical beams were permanent fixtures at execution sites. If true, this would mean that the condemned would have only been made to carry the cross beam to the site of the execution, rather than the entire cross, as depicted in traditional Christian sacred art.

The new analysis also maintains that the condemned man was positioned with his arms draped over the cross beam and tied, body outstretched, with a nail driven through each heel on the sides of the vertical beam. If this were indeed the case it would mean the main cause of death was through asphyxiation rather than blood loss from the nails. Zias and Sekeles wrote:

“Death by crucifixion was the result of the manner in which the condemned man hung from the cross and not the traumatic injury caused by nailing. Hanging from the cross resulted in a painful process of asphyxiation, in which the two sets of muscles used for breathing, the intercostal [chest] muscles and the diaphragm, became progressively weakened. In time, the condemned man expired, due to the inability to continue breathing properly.”

Make sure to visit the slideshow below to discover some of the greatest masterpieces of Western art representing Good Friday. 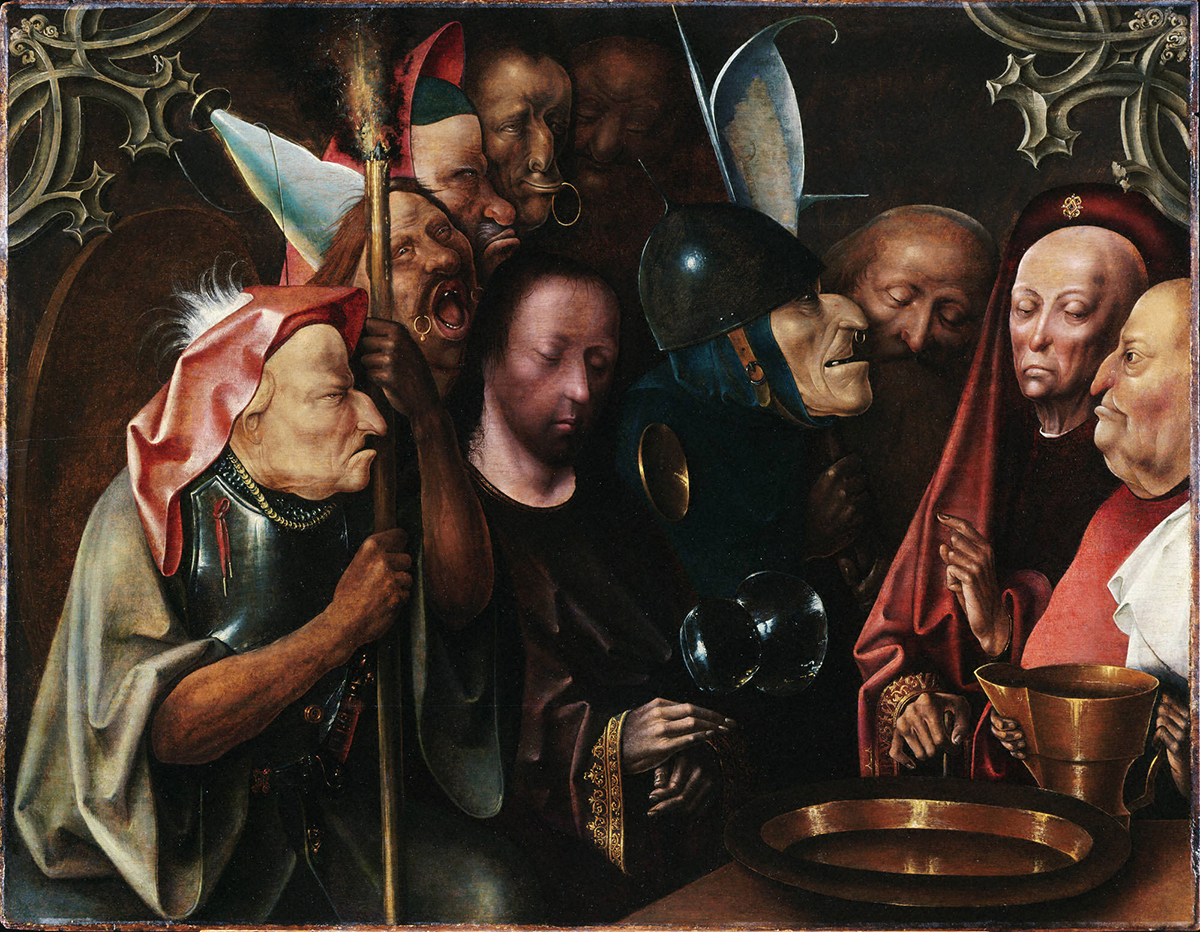