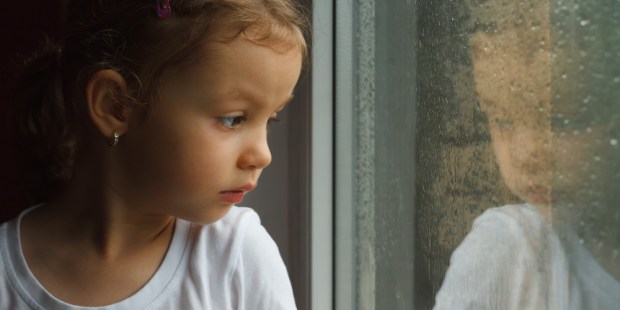 An expert shares how children grieve differently than adults.

Josée Masson is a Canadian social worker and author of two books (in French) on how children mourn. She’s worked with grieving young people for 20 years, and in an interview with Aleteia, she shares how to reach out to mourning children, talk to them, and accompany them.

Masson explains that adults find it difficult to talk to their children about death, and that adults experience grief more and more in terms of performance and speed (“What stage of grieving are you in? How long is it taking you to work through the stages?”). Masson acts as a spokesperson for children and adolescents, so that they can be better understood and supported in their grief. She seeks to better inform parents who, in trying to protect their children, sometimes end up lying or hiding aspects of the truth, or even preventing their children from participating in moments that are essential to understanding death.

What are the stages of mourning in children?

I never talk about mourning in stages, either for young people or for adults. Grief is experienced in a unique way for each human being. We never know its trajectory in advance.

However, I see great differences between the grief experienced by children and that experienced by adults. The major difference lies in the very understanding of death itself. For example, a mother knows, as soon as the death of her spouse is announced, that he will never come back. She immediately understands the impact this will have on her and her family. Children, if they don’t yet have the cognitive abilities to understand death, don’t understand what’s happening and therefore can’t mourn their father in the same way.

When do children understand the reality of death?

Children will always carry their grief with them and integrate it into their lives. At times it will be difficult; at other times it will be easier. Mourning is a rather unpredictable experience. We often think that the first Christmas will be the most difficult. However, it may also be the day the young person realizes that the deceased will never see his or her children.

Each time young people understand death better as life goes on, they’ll show reactions of grief. It’s estimated that this awareness really starts around the age of 10 and evolves as the child grows into adulthood. Without mentioning stages, any major event in a young person’s life—also later as an adult—will be marked by reactions of grief. For example, if a small child loses his mother at the age of 3, his entry into school, his birthday, his own marriage or even an accident may reactivate the pain of his mother’s absence.

Read more:
A summer camp gives witness to a child’s grief and turns it into hope

Does the child react in the same way depending on whether the deceased is his or her father, mother, grandfather, brother or neighbor?

Every bereavement is different. We never react in the same way. Brothers in the same family will behave differently when their mother dies.

Adults tend to help children based on the children’s relationship with the person who died. Naturally, adults will pay more attention to children who are experiencing the death of their father than to children mourning their neighbor’s death. It’s a mistake to do that. You never really know what kind of ties a child has to another person.

Is it still harder if it’s a father or a mother?

In the majority of cases, experiencing the death of a parent is extremely difficult, more so than any other death. Nevertheless, there are parents who do not fulfill their role, and family situations filled with dysfunction and violence. In this case, if we say to a child, “Poor you,” while he says to himself, “I’m relieved,” he’ll never confide in us. It’s therefore very important, when young people are experiencing the death of someone close to them, not to interpret their feelings. We should ask them to tell us about the link they had with the person in order to understand their reactions and to accompany them better.

What are children’s needs in each situation?

Young people, no matter who has died in their environment, need to know. They need to be informed, and also need to name the truth. Then, they need to have a moment to talk with an adult they trust and to be able to say and express their emotions. It’s difficult to list all of a young person’s needs here, because every child is different.

Each young person grieves in his or her own way. He or she is the expert in his or her own experience. We must therefore go to them, ask them what they need, and try to meet those needs to the best of our ability. One boy may need solitude, while his sister wants to express herself and surround herself with people. Neither of these needs is bad. They are influenced by many factors: the person who died, the young person’s life story, the reactions of those around them, their personality, religion, etc.

What’s the right attitude of an adult towards a bereaved youth?

Generally speaking, young people need to be taken into consideration and they need their situation of bereavement to be recognized in all spheres of life. Acting as if nothing had happened helps no one, but talking too much about it doesn’t help either. So, we must develop the reflex of reaching out to them and respecting them in their own particular way of experiencing the death of their loved one.

Read more:
How my kids and I are dealing with grief and mourning in isolation