Remembering God every day, especially in these 2 spots 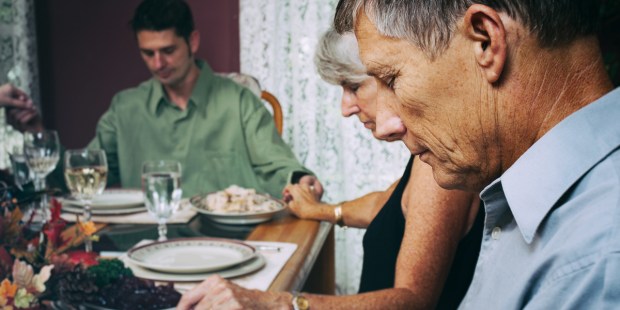 Servant of God Julia Greeley gives a lesson in how to bring Christ into every part of the day.

What will separate us from the love of Christ?
Will anguish, or distress, or persecution, or famine,
or nakedness, or peril, or the sword? – Romans 8:35

Julia Greeley was perhaps the greatest apostle of the Sacred Heart that the United States has ever seen. But it isn’t just her devotion to the Sacred Heart for which she is revered. We remember Julia for her charity.

One writer dubbed her “a one-person St. Vincent de Paul Society.” Born into slavery, partially blind, illiterate, and the object of much scorn (as a free African American, she was the object of racism), Julia used practically every penny she earned from her labor as a domestic worker to support the poor.

She was known for her floppy hat, her oversized shoes and her red wagon, which she so often dragged behind her filled with relief for the poor.

Julia became a Catholic because of the devotion and witness of another. Upon her death, a constant stream of people came for hours to pay their respects to Denver’s servant of the Sacred Heart, having been touched by her witness.

Julia remembered God every day. She often skipped breakfast, not out of material poverty, but out of devotion. She chose to fast. Julia would say, “My Communion is my breakfast.” She sought the Lord first each day, and carried Him to others in her acts of charity.

Julia carried the Lord with her each day, in her work, in her acts of charity (which included at various times being seen carrying a mattress, a broken doll she intended to mend for a child, and a baby carriage), and her tasks around her own beloved Sacred Heart Parish.

The temptation to leave behind the Lord, to be separated from the love of Christ, is very great. In our modern living, I think there are two places of life, two venues where we commonly forget Christ.

The first place we often leave Christ behind is in our families. I’m not intending to talk about relatives who get married outside of the Church or neglect to baptize their children. It is an absolute tragedy when we see people forgoing the sacraments. But Christ is left behind long before it comes to that. So, I’m talking about a more insidious forgetfulness, the kind that gently creeps into everyday life.

Christ is forgotten in our family life when we neglect our daily prayers. Do we say a grace before meals together? Do we thank him at night for each day’s gifts? It is a serious omission to forget that every good thing comes from him. We owe him our thanks and praise.

Even still, is he our refuge when things go awry? When we face anguish, distress, or peril, where do we seek consolation? Do I look to the Scriptures or my liquor cabinet? Do I rejoice in the presence of my children and spouse or do I hide from them, keeping them distant? We should hear the words of Isaiah the prophet ringing in our ears: “Why spend your money for what is not bread; your wages for what fails to satisfy?”

The second place we often leave Christ behind is online. In a casual conversation with a friend, she observed that she was nervous to attend a shower because she had seen all kinds of things the attendees had posted online. Wary of their tone and posturing, she cautiously broached conversation at the event. And yet, these women behaved much more tolerantly and respectfully then their social media accounts would lead one to believe.

The temptation to use the internet to create false selves is very great. Combox troll after combox troll demonstrates that the rules of civil discourse and reasonable argument are cast aside in the virtual realm. And yet it should not be so. Facebook profiles, comment boxes, and every online forum are places where Christians ought to look like Christians.

We may be tempted to use the internet as a place of withdrawal. To frequent conversations and debates which harm reputations and sow discord is to leave behind Christ. Charity gets left behind in the wake of angry, ill-contrived posts.

Love can’t be left behind in these places. We cannot be separated from Christ online. Instead, we must be seeking Christ in every profile and forum we visit.

Julia Greeley is being proposed by the Archdiocese of Denver to be canonized a saint. Her love was very great indeed. She was even accorded the privilege of being called home to God on the Feast of the Sacred Heart.

Jesus’ love alone will satisfy us. We should always be seeking him. May we never be caught apart from his love.

Read more:
8 Modern manners you need to adopt at Mass