Why this little COVID-19 survivor is getting so much attention 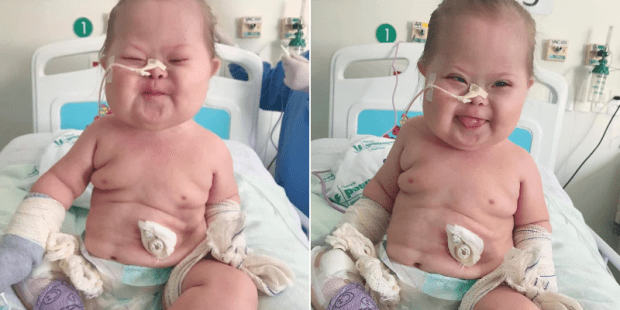 This little Down syndrome warrior has come through 7 surgeries and a host of obstacles, and now he’s healed from coronavirus!

He’s an Instagram star with more than 185,000 followers, and his latest “selfie” has more than 20,000 likes. His name is Francisco Guedes Bombini—“Chico” for short (pronounced SHE-coh). He has Down syndrome, and he’s 3 years old. He lives in Bauru in the southern Brazilian state of São Paulo. His latest claim to fame? Surviving the coronavirus. His fans call him Super Chico!

A post shared by Dani Guedes Bombini SUPERCHICO (@daniguedesbombini_superchico) on Aug 2, 2020 at 11:34am PDT

COVID-19 is just the most recent in a series of obstacles overcome by this chubby-cheeked little cherub. In the three years since his birth, he’s had seven surgeries as part of his treatment for severe renal impairment, heart problems, hypothyroidism, and chronic lung disease due to 3 months of being on a ventilator after birth.

A post shared by Dani Guedes Bombini SUPERCHICO (@daniguedesbombini_superchico) on Aug 2, 2020 at 7:17am PDT

In a Facebook post, his mother, Daniela Guedes Bombini, gives a run-down of his life to date: six months in the hospital after birth, then home care with 24-hour nurse care, physical therapy, etc., to continue to help him overcome his health problems. He’s been in and out of the hospital to deal with emergencies that have arisen, but he’s always pulled through.

You don’t have to be a doctor to realize that he was at high risk for the coronavirus; doctors told the family that if he were to catch COVID-19, he would die. When he eventually tested positive for the disease, his mother says, “I felt like the earth was pulled out from under my feet, honestly, but, as you know, we live one day at a time, and we let things work themselves out!”

Chico’s main symptoms were body aches, especially in his abdomen. On July 22, 14 days after his symptoms appeared, doctors informed his family that Chico had definitively overcome the odds! Although he still had some gastrointestinal problems, the worst was over. And he’d won the hearts of the hospital staff, as well as of people around the world.

As an Instagram photo of July 25 shows, the hospital celebrated Chico’s recovery with a big banner from his “fan club,” proclaiming, “Super CHICO, we conquered it with you! Fan club ‘CHICO IS A SYNONYM FOR LOVE.’”

He’s out of the hospital and back at home, continuing to win hearts with his adorable photos and videos. He has earned his nickname, Super Chico!

As his mother wisely pointed out, we can only live one day at a time, and we never know what tomorrow will bring. However, we can approach each day with hope. Even when a situation looks dire, there’s always a chance that it will turn out better than we expect.

A life like that of Super Chico — difficult, fragile, “imperfect” by many people’s standards — can still be full of happiness and tenderness, and can bring that joy, love, and a greater appreciation of life to thousands of people.

Read more:
Little boy healed through prayers of Fr. McGivney is “like a kiss from Jesus”