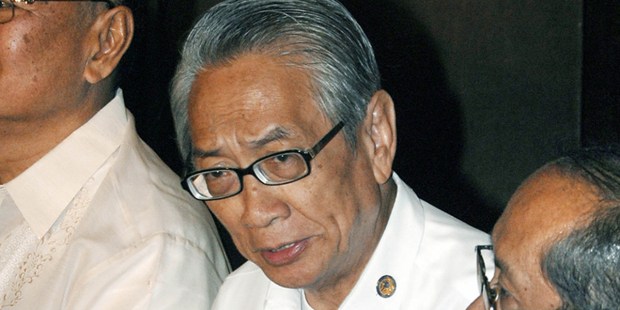 The pope’s Secretary of State conveyed the Holy Father’s condolences to the family and diocese of Archbishop Oscar Cruz, who died at age 85 after contracting COVID-19.

The pope praised the archbishop’s long years of service and his “forthright witness to the Gospel.”

Archbishop Cruz was named an auxiliary bishop of Manila in 1976. From there he served as archbishop of San Fernando and Lingayen-Dagupan. He was the president of the Catholic Bishops’ Conference of the Philippines in the 90s.

His remains were cremated immediately in accordance with the government’s health protocols.

In his homily during the funeral service, Archbishop Socrates Villegas reflected on the life of his predecessor: “He taught us without trepidation. He taught us until the end.”

“He was a pastor of contagious courage, not the courage of subversives and rebels, but the silent courage of the beloved disciple beneath the cross who never fled from danger and who was never cowed by risks.”

Due to the pandemic, attendance at the Mass was limited to close relatives, clergy and religious.

After the Mass, Cruz’s ashes were laid to rest at the Sanctuario de San Juan Evangelista, located beside the cathedral.