Claver treated everyone with equal dignity, favoring action over words.

St. Peter Claver was a Jesuit missionary from Spain during the 17th century, who was appalled by the slave trade and the living conditions of the enslaved people.

Unlike many of his own countrymen, Claver saw these people as human beings, not animals, deserving the same respect and dignity that was given to anyone else. He cared deeply about them and the salvation of their souls, believing that each one needed to hear the Gospel of Jesus Christ.

However, he didn’t simply talk about equality, he believed his actions would speak louder than any words. Claver wrote about this topic in one of his letters, explaining the power of his actions.

This was how we spoke to them, not with words but with our hands and our actions. And in fact, convinced as they were that they had been brought here to be eaten, any other language would have proved utterly useless. Then we sat, or rather knelt, beside them and bathed their faces and bodies with wine. We made every effort to encourage them with friendly gestures and displayed in their presence the emotions which somehow naturally tend to hearten the sick.

Not only did he treat each enslaved person with great dignity and compassion, he also protected them and interceded for them when he saw them being abused. In the 19th-century biography, The life of St. Peter Claver, the author explains the lengths Claver would go for each enslaved person, even offering himself in the slave’s place.

When he learned that [the slaves]were too cruelly treated, his heart was torn with sorrow; he hastened to the masters, sparing no remonstrance orentreaty to awaken their compassion. In fine, heundertook to re-conduct home those who from fear of punishment had fled away, soliciting pardon for them,promising every satisfaction, and willingly offering himself as bail for them.

Besides looking after their physical and spiritual health, he also made sure they did not despair, even though their condition was most difficult.

[F]or himself he would willingly share their sufferings, and if itwere possible remain in prison with them to consolethem. By these tender and sympathetic discourses, hesaved many from despair, to which they were on thepoint of yielding. In order to save these slaves fromdesperation, he induced their masters to regulate thepunishment according to the offense, and promised, in the name of the slaves, better conduct in future.The effect was magical. They strived to their utmostto make good the promise of their father.

Above all, St. Peter Claver shows us clearly how actions speak louder than words and if we want true racial equality in the world, it must first begin with ourselves and how we treat other people we encounter on a daily basis.

Read more:
How Moses the Black went from gang leader to holy abbot 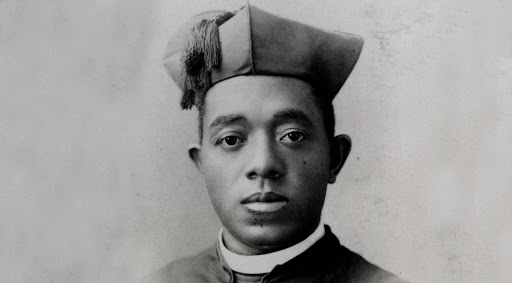