Why have some Catholic leaders expressed ethical concerns about some coronavirus vaccine candidates? 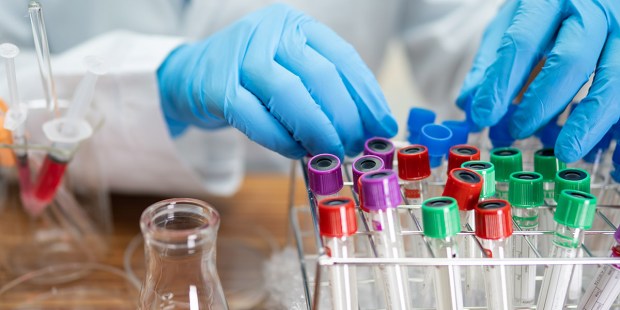 Some are known to be produced using cell lines more or less remotely descended from cells taken from an aborted fetus.

Bioethicists, medical professionals, and bishops from various nations and Christian denominations have recently expressed concern to their respective countries’ authorities regarding the morality of using certain specific vaccine candidates currently being tested to protect against the coronavirus that causes COVID-19. Why? Roberto Colombo, an Italian bioethicist, has written an article in the Italian Catholic newspaper Avvenire explaining the situation. Here we summarize the key points.

The first thing to understand is that their concerns do not regard all vaccines as such, but only a small number of them, due to the way they are produced. According to Science Magazine, in an article Colombo references, there are more than 130 candidate vaccines against COVID-19; for the moment, the debate centers on only five of them. These five—including the one being developed by Oxford and AstraZeneca—are known to be produced using cell lines more or less remotely descended from cells taken from an aborted fetus.

As Vatican News reports, regarding one of these vaccine candidates in particular:

The vaccine makes use of a cell-line (HEK-293) developed in 1973 using embryonic kidney cells grown in tissue culture taken from a voluntarily-aborted human fetus.

That means the historical origins of the vaccine are linked to an aborted baby girl, raising ethical questions about its use. Following its original development, the cell-line has been clinically reproduced, without the need for continued abortions.

This is the root of the problem. Colombo quotes John Paul II’s encyclical Evangelium Vitae, which clearly states, “among all the crimes which can be committed against life, procured abortion has characteristics making it particularly serious and deplorable.” (EV n.58). He also quotes Pope Francis, who more recently stated:

Abortion is not a theological issue: it is a human issue, it is a medical issue. One person is killed in order to save another — in the best case scenario (…). It is an evil in and of itself. It is not a “religious” evil, to start with, no, it is a human evil. Evidently, as it is a human evil — like all killing — it is condemned.

Abortion is evil, and these vaccine candidates are tied to abortion in their historical origins. Could we use a vaccine that exists thanks to an abortion (however remotely)? This is clearly a legitimate question.

First, we have to take into account that it is possible to create alternative vaccine candidates that are not connected to abortion in any way and which thus are uncontroversial. In fact, this is the primary request of the bishops, doctors and bioethicists who have expressed their concern to political authorities. The letter signed by representatives of the USCCB (among other experts) says:

To be clear, we strongly support efforts to develop an effective, safe, and widely available vaccine as quickly as possible. However, we also strongly urge our federal government to ensure that fundamental moral principles are followed in the development of such vaccines, most importantly, the principle that human life is sacred and should never be exploited.

A letter signed by Canadian bishops and bioethicists has a similar message. If we can choose between a problematic solution and one that offers no concern, clearly we should choose the option that is morally uncontroversial, and these Christian leaders are insisting that such an option be made available.

What if the first or most reliable vaccine available is “tainted” by this connection to abortion? Colombo answers in his closing paragraph:

All of the people involved in the research, production, commercialization and administering of a vaccine (each of which has a different responsibility regarding the use of fetal cells from elective abortions for the production of the vaccine itself) have a clear moral obligation to dissociate themselves formally and publicly from the act of abortion that is at the remote origin of the production of fetal cell lines. At the same time, it is also clear that the temporary use of these vaccines is licit—to the extent that they are a necessary and proportionate condition for protecting the health and saving the lives of citizens—as we wait for other effective vaccines or other non-vaccine preventative measures to become available. The licitness of such a use, in any case, must be interpreted as material passive cooperation, morally justified (…) based on the duty to provide for the personal and common good, and never as moral approval of their production.

This conclusion is in line with a document from the Pontifical Academy for Life issued in 2017 in response to a similar controversy in Italy surrounding childhood vaccines against more common diseases. The document states that “the cell lines currently used are very distant from the original abortions and no longer imply that bond of moral cooperation indispensable for an ethically negative evaluation of their use.” It goes on to conclude that, “While the commitment (remains) to ensuring that every vaccine has no connection in its preparation to any material of originating from an abortion, the moral responsibility to vaccinate is reiterated in order to avoid serious health risks.”