A martyr of charity? Pope remembers priest slain this week by homeless man he helped 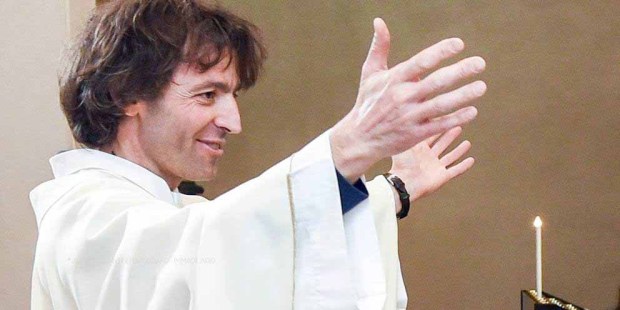 51-year-old Italian priest was well known for helping the poor and immigrants.

Fifty-one-year-old Father Roberto Malgesini was killed on Tuesday in his northern Italian diocese, apparently by a mentally ill man whom he had welcomed to the parish homeless shelter.

Pope Francis spoke of the situation today after the general audience address, noting the killer’s mental illness, but referring to the priest’s testimony and witness of charity as a martyrdom.

Fr. Malgesini, who was known for giving aid to immigrants and the homeless, was repeatedly stabbed near his parish in Como, Italy. According to investigators, Fr Malgesini had begun his normal morning routine distributing breakfast to the needy, when he was attacked.

“I join the pain and prayer of his family and the community of Como and, as his bishop said, I give praise to God for the testimony, that is the martyrdom, of this witness of charity towards the poorest. We pray in silence for Fr. Roberto Malgesini and for all the priests, nuns, lay people who work with people in need and discarded by society,” the pope said.

“He was truly a father to the poor,” Como’s Bishop Oscar Cantoni said. He likens his own relationship to the murdered priest as that of a son. “We saw each other often,” the Bishop said. “He used to tell me about his activities, recounting the most beautiful things because he carried out his ministry joyfully. He had a vocation within a vocation.”

A diocesan website has already begun to receive testimonials regarding Fr. Malgesini.

Father Malgesini was born in Morbegno, in the Italian province of Sondrio in 1969. He was ordained a priest in 1998. He served as a priest in the diocese of Como since 2008.

Read more:
Meet Father Joe, a Wisconsin priest on the road to canonization

In 2017, Pope Francis broadened the Church’s path to canonization to include witnesses of charity.

To recognize someone officially as a saint to be emulated, the Church has a rigorous, time-consuming process, briefly outlined here. There are stages leading up to canonization, including those marked by the bestowing of the titles Servant of God, Venerable, and Blessed.

Miracles attributed to the intercession of the saint are part of the process.

Pope Francis made an adjustment to this system by adding another category to the pathways that can lead to canonization.

The document Maiorem hac dilectionem (“Greater love than this”) opens a fourth path for the canonization of saints, a path titled oblatio vitae, “the offering of one’s life.”

This category provides a framework for recognizing “heroic Christian witness,” explained Archbishop Marcello Bartolucci of Bevagna, Italy, secretary of the Vatican’s Congregation for Saints’ Causes, in an interview with L’Osservatore Romano at the time the document was published.

Previously, there had been three paths leading to beatification and eventual canonization: martyrdom “in odium fidei” (being killed because of your Catholic faith), recognition of the heroic living of virtue, and a third, called “equivalent canonization,” when a pope simply confirms a devotion to a saint who is already well-established in the Church. This equivalent canonization was the case of the Jesuit Pierre Faber (1506-1546) recognized by Pope Francis in 2013, or of Hildegard of Bingen, recognized by Pope Benedict XVI.

The new path, oblatio vitae, is taken from the Lord’s assertion, “Greater love hath no man than to lay down his life for a friend.”