Pope: Contemplate to find what’s greater than a person or thing’s usefulness 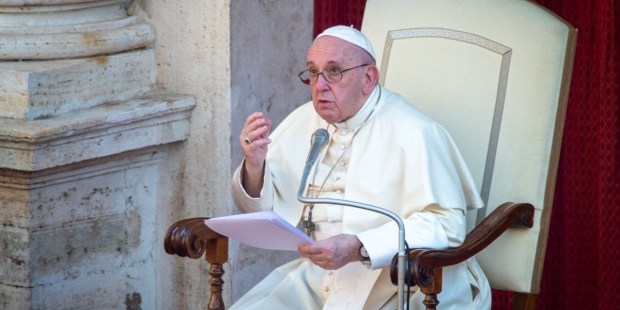 Francis calls us to experience wonder at the great gift God has given us in the world and in each other.

Pope Francis says the way to go beyond the temptation of seeing people and things merely according to how useful they are is to learn to contemplate.

The pope said that this contemplative dimension is what will help us to take care of creation, because we will come to look at the earth not as something to exploit, but as a gift from God.

“When we contemplate, we discover in others and in nature something much greater than their usefulness. Here is the heart of the issue: contemplating is going beyond the usefulness of something. Contemplating the beautiful does not mean exploiting it, no: contemplating. It is free. We discover the intrinsic value of things given to them by God.”

The pope spoke of contemplation, and how we must contemplate creation, at the general audience of September 16. The audiences are still being held with a reduced public.

The Holy Father noted that many spiritual authors speak about how all of creation has an “iconic capacity” or a “mystical capacity,” that is, that in contemplating creation, we are led to the Creator.

The pope spoke of the founder of his own religious family, St. Ignatius of Loyola, who concludes his famous retreat plan with a stage called “Contemplation to attain love.” It is to “consider how God looks at His creatures and to rejoice with them; to discover God’s presence in His creatures and, with freedom and grace, to love and care for them,” the pope explained.

We contemplate nature, he continued, from within, as part of nature, as part of creation, “making us protagonists and not mere spectators of an amorphous reality that is only to be exploited.”

Those who contemplate in this way experience wonder not only at what they see, but also because they feel they are an integral part of this beauty; and they also feel called to guard it and to protect it.

The pope warned that a lack of this contemplative dimension has dire consequences: